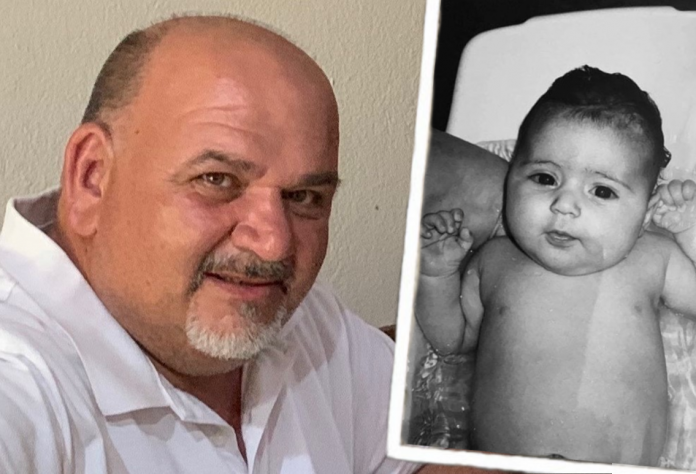 “It’s been a long time but I’m sure there’s someone out there who will have matching DNA,” Arthur Dangas tells The Greek Herald exclusively.

It’s been 55 years since Arthur’s mother Asimenia gave birth to his twin sisters, Eleftheria and Anastasia, in November 1965 at the General Hospital of Edessa in Greece. After the birth, the doctor advised Asimenia that one of the babies had died after living 3 hours, while the other one survived only three days.

No birth or death certificates were issued for the twins and when Asimenia asked for their bodies, the doctor refused saying they were in a safe place with other babies who had died.

Stories like this are not uncommon from the Cold War era in Greece between the 1950’s and 60’s.

Professor Gonda Van Steen first uncovered the shady adoption practices occurring in Greece during that period in his book ‘Adoption, Memory and Cold War Greece.’ It was not unheard of for hospitals, especially in Patras and Thessaloniki, to “arrange” for the adoption of children who had “died in childbirth” to wealthy American families.

But being only 16 years old at the time, Asimenia didn’t question the death of her babies until recently when her son decided to start searching for his biological siblings.

“I rang the hospital in Edessa and asked if I could retrieve some records from 1965 and they said… I’d need to speak to the director of the hospital. When I spoke to him, he said my mum needed to submit a statutory declaration with a copy of her passport, and it needed to be signed and stamped by the Greek Consulate in Victoria,” Arthur explains to The Greek Herald.

“But unfortunately, the coronavirus pandemic broke before then and of course, I couldn’t take my mum to get the documents signed.”

This tiny setback wasn’t a deterrent for Arthur however. He decided to get an Ancestry DNA test and although he did match with some relatives, he had no luck connecting with his long-lost sisters.

Cue ‘The Eftychia Project.’ The project was founded by Linda Carol (Eftychia) Trotter, who was one of over 3,000 Greek children adopted by Americans during the Cold War. In June 2017, she was lucky enough to find her biological mother and extended Greek family.

Ever since then, she has been helping people like Arthur experience the same joy and closure of finding and reuniting with their biological families and reclaiming their Greek heritage.

“In the case of Arthur, we collect as much information and documents as possible… then evaluate where to go next. It’s a bit more difficult in the case of Greek families seeking lost children. Even if an adoption record exists for the lost child, the birth family is not allowed to access those records,” Linda Carol explains.

“So if there is little to no paperwork, then publicity of the story and DNA are the only hope. Arthur’s post on The Eftychia Project Facebook page reached over 30,000 people. Social media has power.”

So too do the DNA samples Linda Carol is beginning to collect from the Greek families who have asked for help in finding their lost children. In fact, it is this aspect of the project which encouraged Arthur to reach out in the first place.

“The only way you will find out if someone is alive is by doing DNA, so Linda Carol is doing the right thing. If we all did a DNA test that’d be a good thing because at the end of the day, if there’s a match it would show up,” Arthur says.

But how would Arthur feel if a match actually did turn up?

“I just got goosebumps with that question,” Arthur says. “The look on my mum’s face if I ever told her that I found a connection somewhere in this world would be priceless.”

“She said to me once, ‘If only I knew that they’re alive and well.’ But my goal is that if I know they’re alive, I’m on the first flight out to go and bring them to mum. I don’t care what it costs me. At the end of the day, they’re my mum’s children. She deserves it and they deserve to know the truth.”

And with The Eftychia Project’s success rate of already reuniting 6 adoptees with their Greek families so far, there’s a strong hope that Arthur won’t have to wait long before he too is reunited with the twins sisters he lost all those years ago.