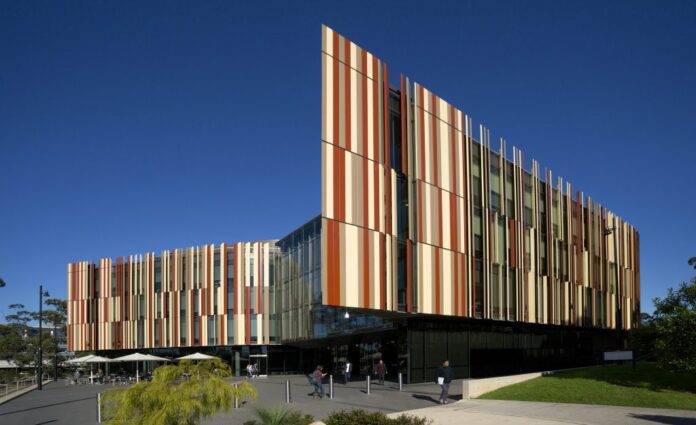 In 2016, Macquarie University became the only university outside Greece to offer a full-time Bachelor of Hellenic Studies.

Real problem or a war between organisations?

Recently, former president of Macquarie University Greek Association, George Mpliokas, using the name of the foundation, called the community to participate in an open gathering with regards to the “continuation of the program and the election of a New Board of Directors of the Foundation”.

However, the current Board of the Foundation, said in a statement that this gathering is “false and misleading” and called the organisers to cancel it immediately supporting that it can only cause “irreparable damage”.

“The Foundation guarantees the Greek community valid and timely information on any negotiations with the University Authorities given the general difficult situation that has occurred in Greek Studies in Australia,” reads the same statement, signed by the Foundation’s current President Mr Theofilus Premetis and Secretary Mr Ioannis Theodoridis.

Despite the reactions, the gathering went ahead on Thursday evening with approximately 30 attendees.

What came out of the gathering?

“Based on what constitution did you call this assembly?” Secretary of MGS Foundation, Mr Theodoridis asked Mr Mpliokas during the gathering.

According to Mpliokas, the degradation of the program from a Major, in 2020 to a Minor in 2021 and the lack of transparency from the members of the Foundation Committee are the reasons.

Asked by The Greek Herald what his perspective on the situation was, Honorary President Theophilus Premetis said: “There is no perspective, we have a constitution we followed”.

“We made an agreement for this year to continue with not as many subjects as we used to have. That’s for three years. Next year, the university needs to decide what they’re going to do with it.”

History behind the Greek Studies Foundation

According to letters obtained by The Greek Herald, the Greek Studies Foundation structured a formal agreement in 1997 with Macquarie University, consisting of multiple rules for the management of the foundation. A clause in the agreement stated that if the number of enrolments in Modern Greek Studies falls below a viable level, averaged over 5 years, its future will be the subject of negotiation between the two parties.

Flash forward to 26 March 2020, a new constitution for the Greek Studies Foundation was brought into effect by Honorary President Theophilus Premetis and Secretary of the Foundation, John Theodoridis, subsequently erasing the clause listed above.

Three months after this constitution was declared, Premetis and Theodoridis wrote to George Mpliokas to advise him that his representative position as MUGA president had been completed. The two members of the Foundation invited him to a new company limited by guarantee, in which all former presidents of MUGA, graduates, graduands, former teachers, Greek-Australian organisations and corporate entities can participate to benefit the foundation.

Mpliokas rejected the invitation to the new company, calling for the entire Foundation Committee to stand down as a result of a lack of transparency from the foundation, with a new committee to be elected.

Editor’s note: As shouting matches commence in the Greek community halls, it raises the question; Is this really a time for divide? As the community watches La Trobe’s Greek language program head into possible closure, this should instead be the time for people to gather as one unit, and not be divided in two.