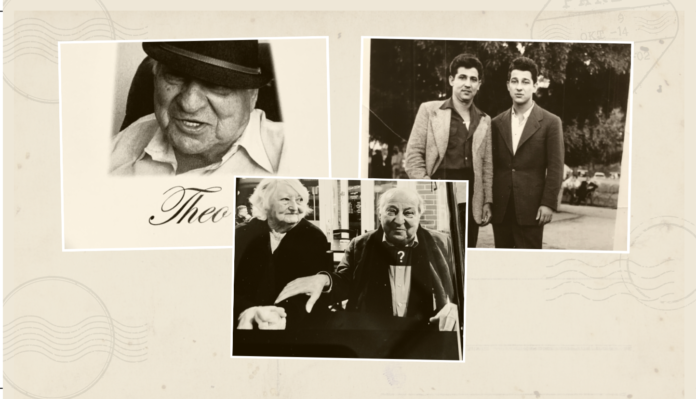 On Sunday, January 17, family and friends of the late Theo (Theodoros) Palaxides gathered at Port Adelaide’s Argo Restaurant to share a meal and cherish memories of one of South Australia’s Greek hospitality pioneers who died late last year, age 83.

Born in Aigaleo, Athens, in 1937 to refugee parents from Asia Minor, he endured the rigours of war-torn Greece during the German occupation and at the tender age of 17 he decided to follow his older brother, John, to Australia with the intention of studying law.

Although he never pursued the career he was hoping to, Palaxides, followed a different path in life and with his multifaceted personality and deep socially constituted knowledge managed to succeed and influence many.

‘His life was dedicated to helping people’

Merline, his wife, met Theo at ‘The Iliad’ forty-four years ago and never left his side until the day he died.

“There will never be another Theo. He was a modern-day philosopher. He would go off and solve problems almost insolvable but somehow, he always found a way to get around things. His life was dedicated to helping people.

“He started the first Greek restaurant in Adelaide, The Iliad, back in the early 1970s with two of his friends. None of them knew about restaurants but with their combined personalities and skills they made a great success of being restaurateurs,” Merline tells The Greek Herald.

After his first restaurant, Theo realised that hospitality runs in his blood and so he continued on in this industry. After ‘The Iliad’ came the ‘Taverna Delphi’, then ‘The Grecian Barbeque’ and later ‘Theo’s Restaurant’.

“Many people followed him from restaurant to restaurant. He knew how to use his charm and knowledge to make everyone feel special. He could remember names and pick-up conversations from previous visits,” says Merline.

At the time, he was told that the longest time a patient had survived from this procedure was 22 years but the big-hearted Greek survived five more, only to prove -as he always liked to do- that it’s alright for someone to be different.

Palaxides’ passion for life and everything Greek

Although very successful, Palaxides’ focus during his lifetime was not to accrue wealth but to help as many people as he could.

“My uncle always put other people before himself and he believed that everyone should be treated as equal and that for every problem there is a solution,” Savvas Palaxoglou says.

“He was a pioneer not only as a restaurateur and an entrepreneur, but also as someone who embedded his homeland’s cuisine and culture into the Australian culinary tapestry.

“In the restaurants he established -apart from the food- he wanted to offer his clients an all-rounded Greek experience and that was what made him unique,” Mr Palaxoglou says.

“This is why the -then- South Australian Premier, Don Dunstan, always tapped into his knowledge about issues that concerned the Greek community.”

‘To us he was a Professor’

His long-time friends Nikitas, Peter and Theofilos also speak highly of Theo who “cared deeply not only about his family and friends but for the universe and its people” and how he always loved to have long conversations about life, politics and everything that concerned the world around him.

“I met Theo and worked at his restaurant, The Grecian Barbeque, in 1978. Nine years later I started my own business and he [Theo] was always there whenever I needed his advice. We were like brothers.

“We would meet or call each other every day and talk about history or politics. I admired his passion and deep knowledge for the Greek culture. He was a philosopher.

“I used to call him Professor. I am educated myself but Palaxides taught me a lot. To me he was a mentor,” says Photakis, while another of the late Theo’s friends says he will always remember his smile and willingness to help.

“Twenty years ago, I had an administrative problem with immigration and Theo introduced me to a lawyer who solved the case.

“I will always remember his wide smile, calm nature and his caustic but witty remarks at times,” says Theofilos Kotrotsios.

Theo Palaxides is gone but his legacy will live on through all those who benefited from his compassion and generosity.

“Life is short and it fades away like a shooting star, respect the people around you and live every day,” he used to say.