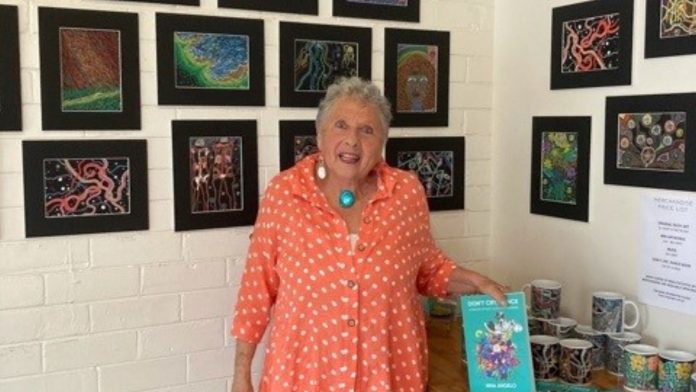 When I first spoke with author, Nina Angelo, there was a calm in her voice that immediately struck me. It was the voice of someone who knew love, loss and the meaning of family.

In her new book Don’t Cry, Dance, Nina tells the story of her Greek Jewish parents who met in Auschwitz amid the Second World War and not only survived, but set up life in Athens before moving their growing family to Australia.

This book is the focus of her presentation at this year’s Greek Australian Writer’s Festival by the Greek Festival of Sydney at the Prince Henry Centre in Little Bay, Sydney on Sunday, June 12 from 10am to 5pm.

Prior to the festival, Nina talks with The Greek Herald about how her book came to be and what she hopes for future generations.

‘It’s important to know the stories of who we are’:

Inspired by her parents’ love story, Nina knew that her novel was the perfect opportunity to leave something behind for her children and grandchildren, a way for them to know their history and where they came from.

“It’s important to know the stories of who we are,” Nina says.

Nina goes on to describe how she felt more Greek than Jewish growing up because of her early childhood in Athens and how her parents assimilated into the Greek community so well after the war was over.

“My mother never spoke Greek, but learned and would always cook Greek food,” she laments.

“My father used to say to us ‘edo eine i Ellada ke tha milisoume Ellinika’ translating to ‘We are in Greece and we will speak Greek’, so we only ever spoke Greek at home.”

The title of the book was intriguing so when Nina started sharing the inspiration behind her self-published book’s title, you could tell it was a story filled with love and yearning for her homeland.

In 2015, Nina went back to Greece and after failed attempts to see some friends, she decided to embark on a journey to find her birth certificate because in 1950’s Athens, documentation was not common.

“I found what was the equivalent of our Births, Deaths and Marriages in Athens and spoke to a man who helped me. I gave him my name and date of birth and he looked through a large book, ran his finger down a page and stopped,” Nina says.

“He said ‘here you are!’ and I immediately felt this excitement. With emotion, he shook my hand and said ‘Congratulations, you’re an Athenian.’

“My eyes welled up with emotion and I said ‘Okay I’m going to cry now,’ and in ‘typical Greek fashion’ he replied ‘Don’t cry, dance!’”

Nina takes readers on a journey through the first-person narrative, speaking as her father, her mother and herself, in this deeply personal and also reflective piece.

You can see Nina at the Greek Writers in Australia Festival where she will talk all about her new book at Prince Henry Centre, 2 Coast Hospital Rd, Little Bay from 10am-5pm, Sunday 12 June.