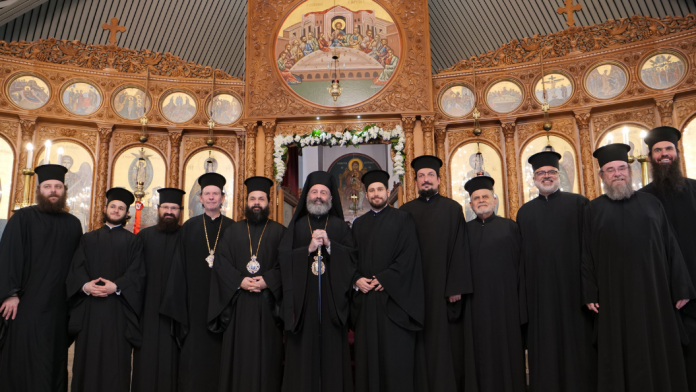 The Greek Orthodox Church of the Dormition of Our Lady in Mt Gravatt has announced that it will be “officially transitioning to be fully integrated with the Holy Archdiocese of Australia as a Parish.”

According to a Facebook post by the Parish, the decision comes after parishioners voted 113 to 9 in favour of joining with the Archdiocese.

“Thanks go to His Grace Bishop Emilianos, and our tireless Council and subcommittees. We now work hard in cooperation with our Holy Archdiocese to go onwards and upwards,” the post reads.

His Eminence Archbishop Makarios of Australia visited the church on Sunday, May 22 to perform his first-ever Divine Liturgy after the decision was made.

The Archbishop also attended an official dinner held in his honour, during which he expressed his joy at the Parish’s decision to join the Archdiocese.

Archbishop Makarios thanked all those who made the favourable vote possible, including Bishop Emilianos, parish priest, Nikolaos Brown, the Parish Board President, Luke Comino, members of the Executive Committee and the Ladies Philoptochos.

According to a press release by the Archdiocese, Archbishop Makarios also stressed his hope to convert the Parish into “a beacon of spirituality in Brisbane and the wider Queensland society,” as well as to create a local kindergarten “to meet the increased needs of expatriates in the area.”