Your guide to Holy Wednesday at home 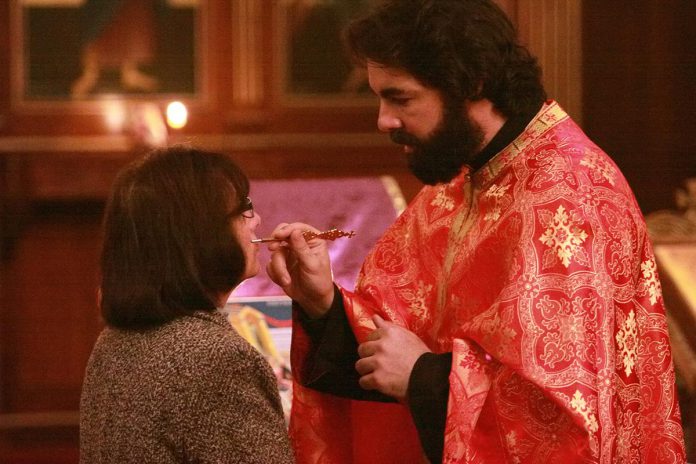 The ceremonial traditions which Greek people carry out during Holy Wednesday are drawn from the Gospel of Matthew, which tells the story of what took place two days before Jesus Christ was crucified.

The first sacrament which is conducted is that of the Holy Unction.

On the afternoon or evening of Holy Wednesday, the Sacrament of Holy Unction is conducted in Orthodox parishes. The Sacrament is performed by a gathering of priests, ideally seven in number. However, it can be performed by a lesser number and even by a single priest.

After the reading of seven Epistle lessons, seven Gospel lessons and the offering of seven prayers, which are all devoted to healing, the priest anoints the faithful with the Holy Oil. He makes the sign of the cross on the forehead, top and palms of hands, saying ‘For the healing of soul and body.’

The sacrament is offered for healing and for the forgiveness of sins.

On Holy Wednesday, the Church also invites the faithful to focus their attention on two figures: the sinful woman who anointed the head of Jesus shortly before the Passion (Matthew 26:6-13), and Judas, the disciple who betrayed the Lord. The former acknowledged Jesus as Lord, while the latter severed himself from the Master. The one was set free, while the other became a slave.

The juxtaposition of these two biblical figures on Holy Wednesday is particularly significant as it teaches people the difference between freedom, sin, hell and repentance.