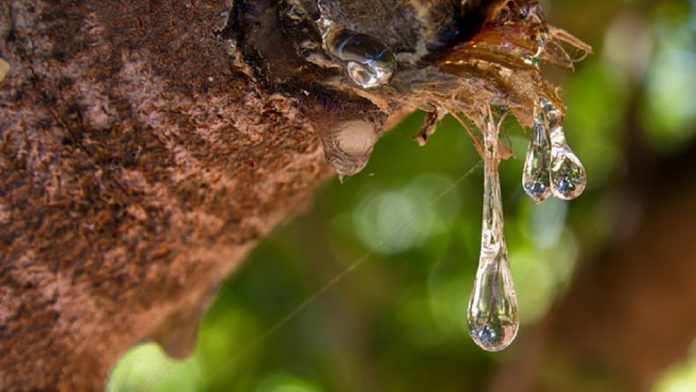 Known as the “painted village,” Pyrgi is undoubtedly one of the most photogenic places in the world.

Located on Chios, the fifth largest of Greece’s islands, it’s made up of houses adorned with geometric engravings that use a technique called sgraffito.

Pyrgi has proved to be one of the wealthiest villages in the Mediterranean over the ages.

For centuries, the local economy has been strengthened by the cultivation of lentisc trees that produce the aromatic “mastiha” resin.

The natural resin is obtained through the cultivation of lentisc trees that produce “mastiha”.

Historically, the wealthy chewed mastiha as a form of dental hygein to protect themselves against plaque and to freshen their mouths. As a result, it was very highly prized.

Today there’s a renewed interest in mastiha thanks to its perceived health benefits.

“The EU has recognized mastiha as a traditional herbal medicine for digestive problems and the cultivation know-how has been declared a UNESCO intangible cultural monument of humanity” says Ilias Smyrnioudis, research manager for the Mastiha Owners Association in the official mastiha shop in Chios Town.

Chios exports 90% of their annual production to 45 countries. You can even find mastiha across American health foods stores as a food supplement.

“Most exports go to the Middle East, which never lost its taste for mastiha.” Muslim culture has been known to use during Ramadan as a spice in food and also as a house perfume.

In Greece, it’s been used as a gum, a digestive liqueur and for sweet treat “submarine,” a soft mastiha fondant served around a spoon in ice cold water.