AHEPA court battle: Which side was vindicated by the NSW Court of Appeal? 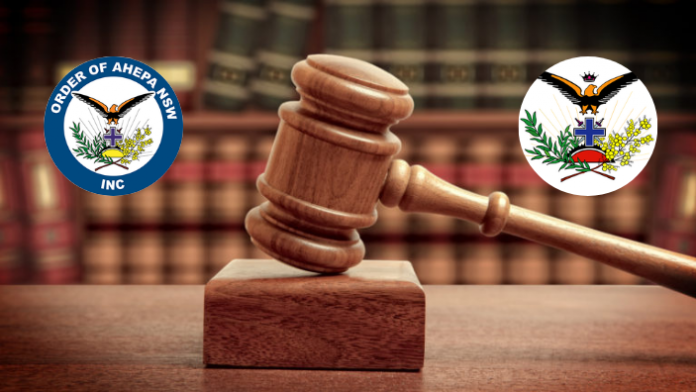 The NSW Court of Appeal announced on Friday, 6 August 2021 its decision in the Lianos V AHEPA NSW Inc case. Surprisingly both sides welcome the decision, one stating that the Court of Appeal decided in favor of the eight-chapter application to review an earlier decision, and the other that the application was not accepted in general terms and simply repealed one of the six paragraphs of the decisions.

“The judgment is in respect of an application by eight Chapters as intervening parties in the appeal proceedings, which was supported by Order of AHEPA NSW Inc, that the Court partially granted. In summary, the judgment is to the following effect:

– ‘AHEPA Australia Limited’ is not the successor body to the ‘Unincorporated Association’;

–  in order to become a member entitled to vote at any General Meeting of the Order of AHEPA NSW Inc a person must have been a qualified financial member on the 30th of June of the last financial year of one of the thirteen Chapters referred to in the judgment;“

–              declaring that resolutions purported to be passed at the Special General Meeting held on 13 November 2018 are invalid and that proceedings at that meeting were void. At this critical meeting AHEPA attempted to pass a new Constitution overturning the previous approach to running the Association, which involved all members in major decisions (such as whether to buy or sell property). Despite the current leadership of AHEPA operating under this Constitution for the past 2 ½ years this Constitution was held to be invalid and the NSW Department of Fair Trading were ordered to remove it from their register;

–              that the specific resolution purported to be passed at the General Meeting on 28 February 2019 authorizing the Committee of Management to borrow up to $7 million to fund the Bexley development is invalid and of no effect;

–              there is a single pathway for membership rather than the “alternative pathway” proposed by the current AHEPA leadership;

–              the application to re-open the case was dismissed and all other orders made by the Court in November were upheld.

Yesterday Mr. B. Skandalakis issued a press release. He simply forgot to put the decisions of the court and especially what concerns them personally. As for declaring the end of the courts he forgot about the next one that will be heard on December 4, 2021.