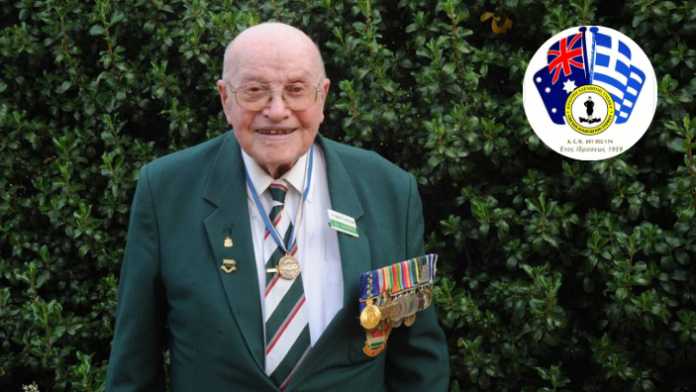 The Cretan Association of Sydney and NSW held its Annual General Meeting (AGM) on Friday, December 3 and on the agenda for the night were two topics: 104-year-old war veteran, Alf Carpenter, and a ‘permanent home’ for the Association.

On the first topic, Mr Carpenter, who is one of the the last living ANZAC veterans who fought in the Battle of Crete, was given an honorary life membership of the Cretan Association.

The award will be presented to Mr Carpenter for his service and bravery on behalf of the entire Cretan community.

“It was a really nice and symbolic gesture,” President of the Cretan Association, Terry Saviolakis, tells The Greek Herald.

Following this unanimous decision, discussions at the AGM turned to a potential ‘permanent home’ for the Association as a means of securing its future.

The Cretan Association currently rents a Council Hall in Ashbury for dance lessons and gatherings. The current Cretan House in Marrickville is also regularly used as a gathering and meeting place since it was opened two years ago.

But Mr Saviolakis says the Cretan Association’s committee resolved to finding a more permanent residence as the current facilities “are not really fulfilling our needs as we don’t have anywhere to store our records, plaques and archives.”

“We are currently discussing different options but ultimately, we want this to be on the minds of future committees as well,” he concluded.

The Cretan Association is set to hold its elections in two weeks’ time.