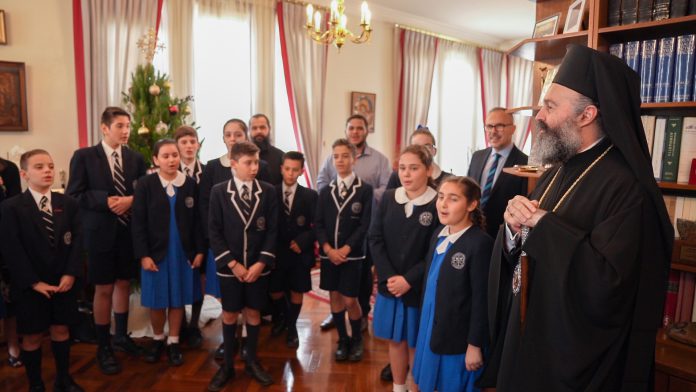 Students from All Saints Grammar graced the offices of the Australian Archdiocese on Tuesday, December 3rd, with songs and carols that spread the Christmas spirit.

The students sang well-known Christmas and New Year songs in Greek and English, after being welcomed into the office of His Eminence Archbishop Makarios.

His Eminence sent his warmest wishes to the students present, as well as the rest of the school.

His Eminence invited the students back to visit next Christmas, and gave them a tour of the Archdiocese.

Throughout the tour, His Eminence Makarios explained the historical background of the Archdiocese, including his predecessors and the international structure of Orthodox Christianity.