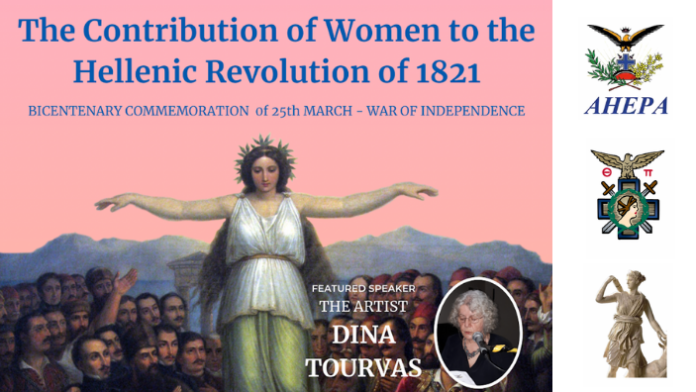 AHEPA Chapter Artemis No 5 Inc. is holding a lecture on Sunday, April 18 at 3pm at the Ashbury Panarcadian Club to celebrate the heroines of the 1821 Greek Revolution.

Titled ‘The Contribution of Women to the Hellenic Revolution of 1821,’ the lecture will be given by keynote speaker, Dina Tourva, and will focus on the Greek heroines of 1821 and what these freedom fighters achieved.

This lecture is the first of a series of presentations by AHEPA Australia featuring prominent women and discussing key women’s issues until November 2021.

Mrs Tourva, who is the keynote speaker for this event, is a well known local artist, professor, translator, photographer, writer and activist.