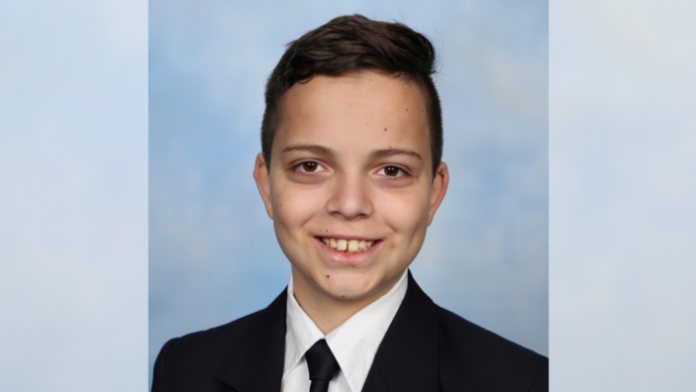 Strahinja Trazivuk from St Euphemia College in Bankstown, Sydney, has been recognised with a 2021 Minister’s Award for Excellence in Student Achievement in the study of the Serbian language.

The Year 6 student tells The Greek Herald he is ‘extremely excited’ about receiving the award and it has motivated him ‘to achieve greater things in the future.’

“This award is extremely sentimental to my family and my community as it shows that I have successfully kept the beauty of the Serbian language alive despite living in a different country,” Strahinja says.

“My family is extremely proud, and I hope that my award has influenced other families to uphold their Serbian heritage.”

Strahinja has been studying Serbian at the Serbian Sunday school of Vuk Karadzic in Cabramatta for six years now and says the language is important to him as it connects him to his heritage and ancestors.

“As a Serbian living in Australia I feel that it is important for me to uphold my traditions and language as they are a part of my identity,” he says.

“My favourite tradition of Serbian culture is the ‘slava’ which is similar to a Greek name day, but instead it is a familial celebration of the patron saint of the family. My family’s slava is St John the Baptist and it is my favourite time of the year.”

When Strahinja isn’t celebrating his Serbian culture and language, he is also smashing other academic goals at St Euphemia College, where he enrolled in kindergarten in 2015.

He represents the school in the sporting arena in basketball and soccer, and has achieved outstanding academic results throughout his schooling.

Strahinja has also received several other awards for excellence, including the 2020 State Parliament Merit Achievement Award for Year 5, which was presented by Member for Bankstown, Tania Mihailuk, and the School Gold Commendation Medal for Year 5.