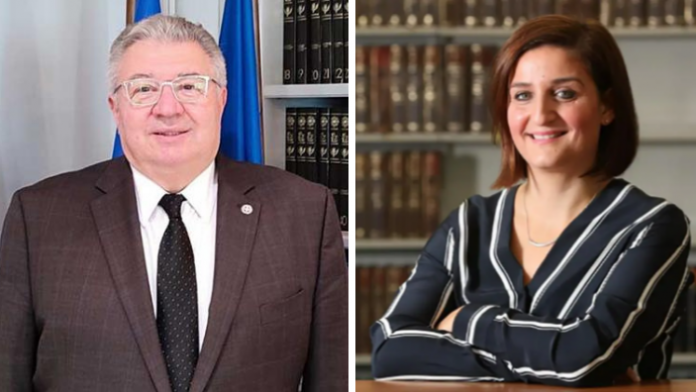 Greece’s Secretary General for Greeks Abroad and Public Diplomacy, John Chrysoulakis, has sent a letter of congratulations to Penelope Kari on her appointment as Honorable Justice to the Federal Circuit & Family Court of Australia.

Ms Kari is the first Australian of Greek descent to be appointed to the distinguished position.

READ MORE: Adelaide Judge Penelope Kari opens up on gender in law and her Greek upbringing.

In his letter, Mr Chrysoulakis stressed how Ms Kari is a classic example of how Greek migrants worked hard when they arrived in Australia so their children could achieve their dreams.

“Your personal story, but also the story of your family as you have told it yourself, describing the ‘sacrifices’ and ‘sufferings’ of your Greek grandparents… gives the best picture of the average Greek family who was forced to leave their homeland in very difficult times, looking for a better tomorrow,” Mr Chrysoulakis said.

The Secretary General for Greeks Abroad then concluded his letter by sending his “warm wishes” to Ms Kari and his hopes that she will “enjoy even greater success in the future.”

“In your face we all see another successful compatriot of ours,” Mr Chrysoulakis stressed.

“A distinguished Greek woman from the diaspora, who is an honour for Hellenes abroad and whom the homeland watches from afar with a feeling of love and pride.”