Thymios Karakatsanis: One of the best comics of modern Greek theatre 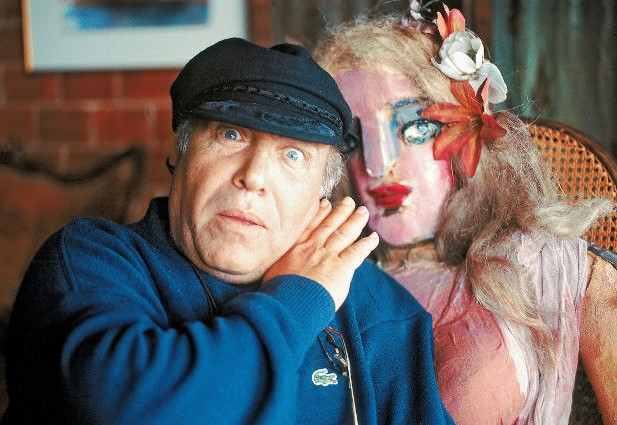 Thymios Karakatsanis was a man with a strong personality and one of the best comics of modern Greek theatre.

The renowned Greek actor and theatre director always associated himself with the comedies of Aristophanes and performed regularly at the Ancient Theatre of Epidaurus.

Karakatsanis was born on December 8, 1940 in Tambouria, Piraeus. He studied at the Charles Kun Art Theater and since 1960, worked as a “key member” of the Art Theater and then in the free theater.

He had a strong interest in the plays of Aristophanes, performing most of the roles in the poet’s comedies. He starred in Koon’s historical performance of Ornithes (1959), as it was presented in 1962 and 1964-1965 on a world tour. He also played a wide range of roles in works by Psatha, Pinder, Hasek, Calderon, Moliere and Neil Simon.

Although his background was as a theatrical actor, Karakatsanis even had a small presence on the big screen, with 11 films to his credit from 1967 to 1986.

Some of his final theatrical roles included: Death of Arthur Miller’s Merchant and Dandades by George Skourtis, and in June 2011, he directed and starred in Aristophanes’ Lysistrata with co-stars George Constantinou, George Partsalakis, Vassilis Tsivilikas , Costas Voutsas and Vasia Trifilli.

In November 2011, in an interview with the Espresso newspaper, Karakatsanis announced that he was retiring from the theater due to serious health problems he had been facing in recent years. Asked if he would ever appear on stage again, he replied: “I will appear in the Second Coming. For me, the curtain has fallen.”

Thymios Karakatsanis died on June 30, 2012, at the age of 71. Until the last moment, his beloved wife Roula, their two daughters, the actress Alexandra Karakatsani and the artist Katerina Karakatsani stood by his side.