‘If we understand each other, we’ll learn more about ourselves,’ says Peter Mousaferiadis 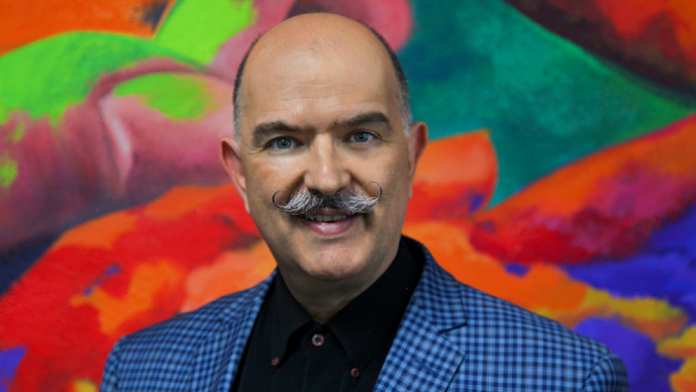 The United Nations award winner for his work on multiculturalism and the mind behind innovations such as Cultural Infusion and the Diversity Atlas spoke to The Greek Herald about his work, his motivations, the important lessons he learned during his lengthy career and what led him on the path to helping people come closer to one another.

The name Peter Mousaferiadis should be one well known to all those who are involved in the field of helping people come in touch with different races, religions, ethnicities and cultures.

His tireless years of work have provided a foundation for many children not only in Australia, but in other parts of the world such as China and other countries of south-east Asia to become better acquainted with other people and their history, so that they can begin to understand from a young age the significance of diversity.

This is accomplished through the Cultural Infusion program, which has quickly been adopted by many schools throughout the region.

When asked by The Greek Herald about how this idea came about, Mr Mousaferiadis reflects on his own personal journey that saw him begin as a conductor: “My parents owned a milk bar in the western suburbs, and a lot of the people that came in, they didn’t speak English, it was a very culturally diverse community that we were serving. Everything from Aboriginal people to people who had just arrived in Australia, so I suppose that was my introduction to multiculturalism.

“At the same time, I was introduced to classical music, and I had a benefactor that supported me, a woman who lived across the road. She wanted me to go off and have a professional career in the arts,” Mousaferiadis says.

“So, I went and studied music at the Victorian College of the Arts, studied conducting overseas for four years, used Greece as my base for about two years, but I also studied religious studies at university, so I was part of an interface collective back in the mid 80s.

“I came back, started to work as a conductor, and then, before I knew it, people were starting to call upon me to do programming for various events. I became an event manager, and eventually I was made a creative director. I started to work on big events, like the opening and closing ceremonies for SBS at Federation Square and Australia Day concerts.

“I oversaw huge casts of up to 1200 staff members, so I learned on the job. There was no better way for me than to learn on the job.”

‘We have more to gain if we understand each other‘

His background in classical music allowed Mousaferiadis to create a framework that would allow for an expression of a whole range of different traditions and genres.

“This started to get me thinking about diversity from a scientific perspective, because, putting the social justice part aside, what ‘diversity’ means is ‘difference’,” he says.

In 2002, Mousaferiadis founded Cultural infusion with the vision to take programs into schools and start talking to students about diversity.

“We’re living in this globalised world, and I thought that we have more to gain if we understand each other because if we do that, we’re going to learn more about ourselves through that process. So, we began delivering education programs in Victoria,” says Mousaferiadis.

“Within two years, we had expanded to over 300,000 students across the country. It became one of the largest programs in the southern hemisphere. Right up until covid struck, we were delivering to up to 350,000 students annually and we had major contracts with a whole range of different organizations.”

Speaking about his award-winning slogan “Diversified We Grow” for the United Nations’ campaign entitled “Do One Thing For Diversity”, Mr Mousaferiadis states that he drew inspiration from two other art pieces: “I took what Aesop had come up with, ‘Divided we fall, united we stand’, which was the first part of the slogan, and then I added to that “…diversified we grow”.

“This idea came about through this Spanish song I used to conduct, “¡El pueblo unido, jamás será vencido!” which means “The People United Shall Never Be Defeated.”

The turning point in his life

He goes on to talk about the one defining moment that changed his perspective, not just about the way he works, but about life itself: “25 years ago, something happened that changed my way of thinking on a profound level. I had a brother who lived two doors away. He passed away. Up until that point I had a dream of making a career as a professional conductor.

“Around that time I stopped trying to become anything and focused on just being the best version of myself I can be. For me that was a crystallisation that took place which really changed the course of my life. I didn’t think about becoming anything. I just worked and worked and worked. I still work 15-16 hour days and I love it. It gives me satisfaction and it energises me.”

Finally, the promoter for multiculturalism describes what a society in which the ideals of equality prevail would look like: “A world of equality and equity would be one in which we’ve created the conditions so that everyone would be able to contribute and participate equally.

“It’s not something that’s going to happen straight away but it’s all about recognising it so that we can create the conditions and move towards solving the problem.”