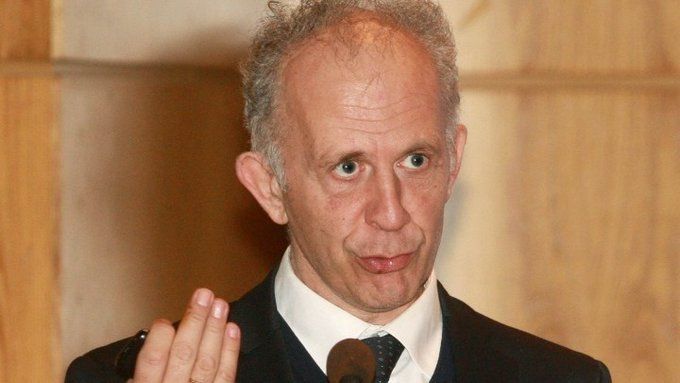 In an interview with The Greek Herald, Professor of International Relations and a specialist on Greek-Turkish Relations, Ilias Kouskouvelis, discusses the present and future predictions of Greece’s relations with Turkey.

“Greece should not run behind developments, but create them,” Professor of International Relations and Dean of the School of Social Sciences, Humanities and Arts, at the University of Macedonia, Ilias Kouskouvelis, said in an interview with The Greek Herald.

Dr Kouskouvelis, who is considered an expert on relations between the two neighbouring countries, believes Turkey “is not interested in escalating tensions”.

“This is because it has major internal and, above all, financial problems, and especially because it knows that the costs will be high in the event of a conflict with Greece,” explains Mr Kouskouvelis.

“Turkey is aware of the strength of the Greek Armed Forces, the correlation of power, but also that any military operations in the Aegean, or even in Cyprus, will not be as easy as those limited to Syria, where Turkey has suffered losses.”

The Memorandum between Turkey and Libya

The signing of a ‘Memorandum of Understanding’ (MOU) between Turkey and Libya was the start of a new point of tension in the Eastern Mediterranean.

An MOU is a formal agreement between two parties. Libya and Turkey agreed on a maritime boundary deal that covers areas that are also claimed by Greece. Greece has considered this a violation of international law, and has been fully backed by Egypt, Israel and the EU.

“Ankara, isolated in the Southeastern Mediterranean, has engaged in the production of void agreements, as it did in 2011 with the pseudo-state in the occupied since 19744 areas of the Republic of Cyprus. It is trying to “gray” the zones and create a precedent, to put its claims on the table and use them in international procedures,” explains Dr Kouskouvelis.

The Professor compares Turkey’s tactics to those of China in the South China Sea, which Australian readers may be more familiar with.

“Finally, Turkey seeks… to have one – the only – ally (the government of Libya in Tripoli) in the entire Mediterranean region in order to press Greece and Egypt through it whenever possible.”

The Professor believes Greece should go ahead and create developments, rather than reacting to the actions of Turkey.

“Greece, unlike Turkey, has a variety of institutional, political, economic and military options. The EU has already condemned its [Turkey’s] moves and there have certainly been moves at the UN, within which Egypt has intervened, in opposition to Turkey and clearly in favour of the Greek position,” said Mr Kouskouvelis.

“Greece should maintain diplomatic initiative, tighten its relations with old and new allies in the region and consider financial sanctions on Turkey,” he said. “In any case, our country must not run behind developments, but create them.”

The Professor proposed a number of theories behind Turkey’s timing for this decision.

“Perhaps because it has completed (not very successfully) its operations in Syria, perhaps because it has friction with the EU and the US, perhaps to test the reactions of the relatively new Greek government and, perhaps, because it is now excluded from any cooperation in the Eastern Mediterranean and its resources,” said Mr Kouskouvelis.

Cyprus and the Hague perspective

The tension in the Eastern Mediterranean has brought Cyprus to the spotlight.

“Cyprus has steadily advanced in its energy program and, of course, I would say that its diplomatic performance is probably better than that of the Greeks. Cyprus, with Turkey’s ‘Attila’ invasion forces on it, proceeded to the EEZ delimitation and developed an exploitation plan, but also contributed to the creation of trilateral agreements with Israel and Egypt,” said the Professor.

“Of course the issue of security is more acute in Cyprus. However, Cyprus has gained new strong allies, and, after the lifting of the US arms embargo, will eventually be able to improve its defence capability.”

As Greece has considered Turkey’s actions a breach of international law, there is also the proposal of Greece taking Turkey to the International Court of Justice in The Hague. Professor Kouskouvelis explains the logic behind this option.

“This move is worth highlighting Turkey’s intolerance, as it is a proposal that Turkey will reject. Its [Turkey’s] purpose is to “grey” areas, to present within its own “a la Turkish” version of international law, and if given the opportunity (by us) to try to reap what it has sown,” he said.

“Turkey understands politics in terms of power, hence the Thucydides’ dictum applies towards it: “the capacity to oppose secures freedom”.