A tapestry of diverse stories from western Sydney: Director Ana Kokkinos on her new film 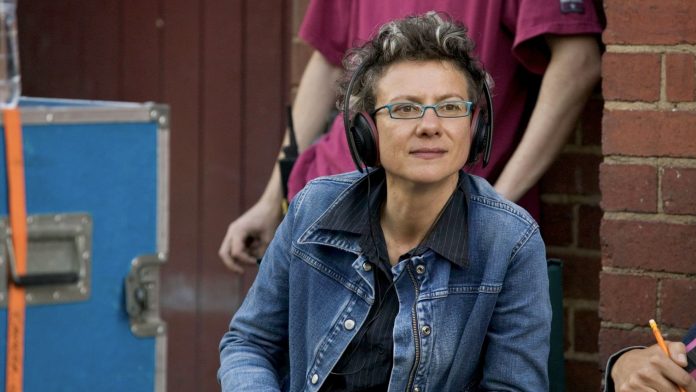 Ana Kokkinos is a conversation starter.

The Greek Australian community will remember Kokkinos’ 1998 film Head On as the epitome of her bold and pioneering body of work but most importantly, her work speaks on behalf of second-generation migrants.

Ana calls me to talk about her new film Here Out West as the sun begins to creep through her home in Melbourne.

“I think for the first time, perhaps we’re seeing language and culture represented in a very honest and truthful way.”

Here Out West brings together five directors and eight emerging writers from western Sydney who tell an engaging story about what happens over 24 hours after a grandmother steals a baby from a hospital.

It will debut to a full house on the Sydney Film Festival’s opening night.

“I think Australian film culture would be denied something very vibrant, particular and something that, in a way, denies our existence,” she says.

Kokkinos agrees that diverse storytellers have a responsibility to represent their communities but that it doesn’t come so easy.

“It’s complicated. It’s like [writers] both have a responsibility, but that sense of responsibility comes from a desire to see something about themselves on screen.”

Kokkinos has worked with diverse non-actors her whole career. She says it gives a ‘truthfulness’ to their stories.

“The exciting thing about non-actors is what they do is they’re not bringing, you know, an actorly craft to the process.”

“What they’re doing is bringing their beings, their essence, their truth to the characters.”

Kokkinos knows better than most that the migrant experience in Australia is remarkably common regardless of your background.

Kokkinos showcases a new generation of immigrant stories, a niche and unique perspective of the emerging immigrant experiences in Australia.

Kokkinos sets out in Here Out West to achieve the same.

“I hope that there is a sense that the Western Sydney communities are seen for who they are, which is very courageous, extraordinary people who have chosen to create another Sydney, a different Sydney, an exciting Sydney, a Sydney for warmth, heart, and love,” Kokkinos says.

“A Sydney that is them. Not only for them but is them and so, therefore, can be seen by others.”

Kokkinos directs half of the film’s eight chapters but says she was most drawn to the story of [Everything Changes], which features Christian Ravello as a Chilean security guard who writes poetry to get through his long shifts.

“Sitting under a story like [the chapter] ‘Everything Changes’ is really a strong history, not unlike the Greek history where a lot of people left that country because of the politics of that country.”

“So, I felt very connected to that story in particular because I saw parallels between the Chilean experience and the Greek experience.”

Kokkinos says co-directing Here Out West was more than just sharing her seat with four others. She says Here Out West involved working “intensively” with the writers, “finessing” and “tweaking”.

Here Out West opens in cinemas on February 3, 2022. You can find cinemas playing Here Out West here: https://hereoutwestfilm.com/