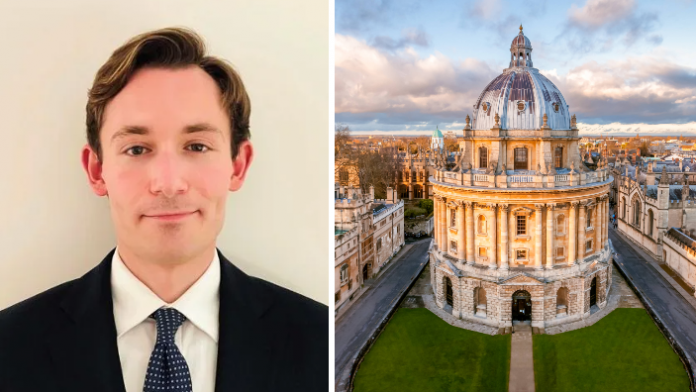 Bachelor of Laws graduate from the University of Sydney (USYD), John-Patrick Asimakis, has been awarded the Peter Cameron Sydney Oxford Scholarship for 2021.

As the recipient, Mr Asimakis has headed to the UK to undertake postgraduate studies at the University of Oxford where he will study a Bachelor of Civil Law (BCL).

“The BCL is renowned as the most rigorous Masters-level law degree in the common law world. I am looking forward to making the most of the outstanding teaching that will be on offer,” Mr Asimakis said in a media release.

“I feel absolutely honoured to have been awarded this scholarship. Without the generous support the scholarship provides, studying at Oxford would simply not be possible for me.”

Mr Asimakis’ academic accomplishments as a Bachelor of Laws student at USYD included being the 2019 University Medallist in Law and receiving numerous academic prizes. He was also a reporter, volunteer, and skilled mooter. He graduated with honours.

To add to his impressive list of achievements, Mr Asimakis speaks four modern languages, and knows Latin and Classical Greek.

He says he plans to practice law and “to continue contributing to legal study by writing and teaching.”

“I genuinely loved my undergraduate studies in law. At the risk of sounding cynical, I don’t think all or even most law students could honestly say that. So pursuing further study in law is something that has always appealed to me,” Mr Asimakis said.

He concluded by giving advice to others who also want to pursue law.

“Be open minded about where you may end up. There are lots of career paths which someone with a law degree can fruitfully pursue.”

Source: The University of Sydney.