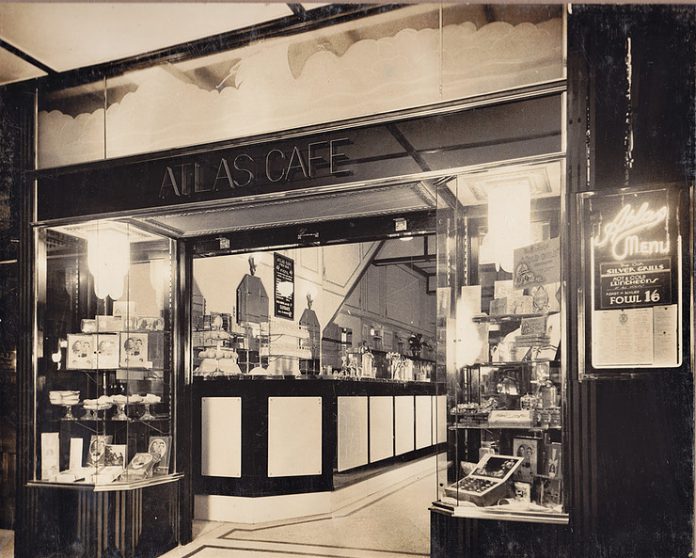 The era of cafes run by Greek migrants were a phenomenon in Australia, and it’s not just the Greeks who think so.

Toni Risson, an Australian author raised in Ipswich, has dedicated most of her life’s work to Greek cafes.

“The first book I wrote was called ‘Aphrodite and the Mixed Grill’, Aphrodite being the featuring women’s stories. That really helped me to explore what the Greek café phenomenon was, and I used Ipswich, which was where I lived, as a case study, and I just went street by street, I found them all, just to show how many there were,” said Ms Risson.

Ms Risson reflected on the significance of the Greek cafes in Queensland’s social scene, as they would be the only shops open that would gather crowds after late night activities, like going to the picture theatres.

“They would be serving tea and coffee and sandwiches and closing up at midnight, back again at 6 in the morning,” said Toni.

Ms Risson released another book in May this year, called ‘Brisbane’s Greek Cafes’, which was a project requested by the State Library of Queensland, after awarding Toni Risson a fellowship in 2016. She then entered this book into the Queensland Literary Awards, where it became a finalist in the People’s Choice category.

“People being interested in cafes, and government institutions actually seeing the worth of the story, it’s important because it’s not really a story that has been very well known,” said Toni.

“Stories are going to be lost if we don’t get them out now.”

Ms Risson was inspired to apply for the fellowship at the State Library from her familiarity with the Christie’s Café, which she had heard about constantly from the older generation.

“They just spoke about it as if it was the most glamorous, upmarket, special place…So I thought, ‘I really want to find out about this place’…It’s very vivid and prominent in old people’s memories in Brisbane,” said Toni.

Toni was invited to curate an exhibition at the State Library of Queensland, about Greek cafes across Queensland, called Meet me at the Paragon.

Voting for her book, ‘Brisbane Greek Cafes’, in the Queensland Literary Awards for the People’s Choice category, closes on October 14. The competition is determined by public vote. The competition also offers the opportunity for library members to request that their local library add the book to their library.

“I would just love Greek people to know that a book about Greek cafes is in this competition…this little book is just the David in this Goliath story,” said Ms Risson.

“It’s part of our history. It’s new research, no one has ever covered these stories.”