Eves Karydas on celebrating her Greek heritage through music 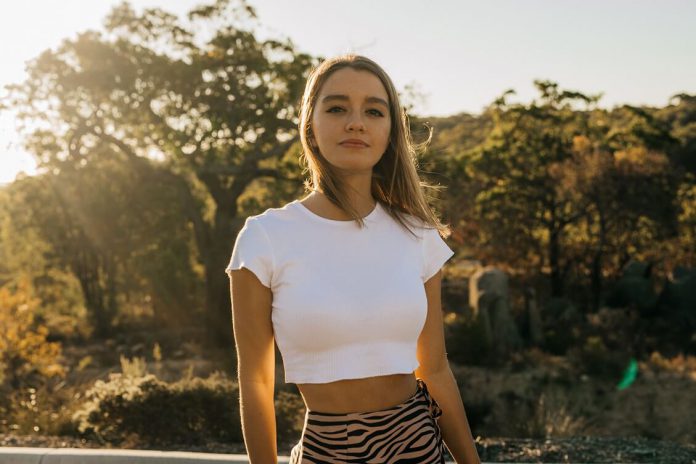 Eves Karydas’ 2018 debut album ‘summerskin‘ put her on people’s radars as a pop icon in-the-making, with hit songs ‘Further Than The Planes Fly’ and ‘Couch.’

This year, her new single ‘Complicated’ further cemented her status as a music star.

But what many don’t know about the Brisbane-based artist, is that she’s a passionate Greek Australian with a “big Greek family” and “very superstitious yiayia,” as she likes to say.

“I grew up in Cairns with lots of cousins, used to go to the Greek church, got so many presents at Christmas and birthdays, and had a very superstitious yiayia,” Karydas told ABC Triple J.

Born Hannah Evyenia Karydas, she went under the name ‘Eves the Behaviour’ when she first started making music. But a couple of years ago, she made the call to change up the back half.

“Obviously Karydas is my surname. Eves comes from my middle name, it’s actually a Greek family name Evyenia,” she explains.

“I think the direction I’ve taken…the music is a lot more confessional and up front, so I didn’t want to hide behind a moniker.”

Both Hannah’s grandparents grew up in Greece during WW2 before emigrating to Australia. Her pappou began working as a cane farmer once he came over and that’s where he met her yiayia.

“He’s the grandfather that I refer to in ‘Complicated’ but he passed away last year,” she explains. “He served in the Greek military and his upbringing and his childhood was just so… well, complicated, I guess.

“When he passed away it gave me a bit of a perspective check. I was like, ‘why am I complaining about things?’ He emigrated across the world by boat when he was my age and was so brave.”

Her extended family are from an island off Greece called Samos. “It’s famous because Pythagoras [of Theorem fame] is from there,” she exclaims.

“It’s so beautiful! My family live right on the beach and their job is to rent beach umbrellas to tourists and sell ice cream.”

If you do find yourself going to Greece some time in the who knows how distant future, Hannah’s top tip is: “Don’t go to Mykonos.”

“Mykonos is great if you want to spend $8 for a bottle of water. Go to another island. Go to Athens. It’s just so much more authentic and there’s no crazy rich people who get in the way. Or go to Samos! Boost the tourism industry!”