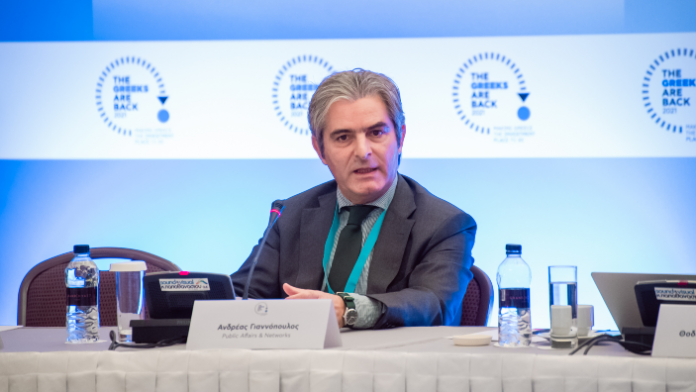 The recent economic crisis spread over the Greek economy like a shroud. A vice, which shook with fury the hopes of the Greeks, who abandoned the ship in the midst of the perfect storm, which led to an unprecedented in depth and breadth ten-year recessionary cycle.

Losses of 1/4 of gross domestic product and a double-digit unemployment rate were the root cause of the large wave of migration, which began to be recorded since 2010.

This wave intensified in 2012. The great “escape” took place, and it is estimated that more than 467,000 Greeks left their country, which offered little vestige of optimism.

With the pandemic following Greece as a persistent shadow and presenting new obstacles to economic growth and uncertainty, the foreign investment initiative, with the easy-to-understand name “The Greeks are back,” causes, if anything, a spontaneous satisfaction.

About 50 Greeks have coalesced to attract foreign investment to Greece. On October 21, the first conference was held in Athens with the participation of these senior executives working in more than 40 large companies, in 12 countries of the world.

The Greek Herald hastened to speak of this initiative with its mastermind, Andreas Υannopoulos, who gave flesh and bone to this important effort. He explains to us first what prompted him to take this initiative.

“Wherever you look, in any country in the world, you will find Greeks successful in various disciplines and activities. In particular, hundreds of Greeks excel in the business community, in senior positions of large multinational companies,” Mr. Yannopoulos says.

“Precisely this finding that, Greeks work and even in high-ranking positions in all major companies and in various lengths and widths of the globe, was the operative cause of the initiative the GREEKS ARE BACK, in September 2020.

“We will all agree, I think, that you do not find many countries with this priceless and unique intangible capital. When I was not living and working abroad, I personally had the opportunity, speaking with other Greeks in various companies, and found out that they had the deep desire, almost need I would say, to return value to their homeland.

“Therefore, we thought about looking for these Greeks around the world and inviting them to a high-level conference, during which they would discuss and propose how Greece can become ‘the investment place to be’.”

The date of the conference:

The first conference took place on October 21. The Minister of Development, Adonis Georgiadis and the Minister of Finance Christos Staikouras participated in its proceedings, as did Mr. Papathanasis, General Secretary of International Economic Relations and Extroversion of the Ministry of Foreign Affairs and President of Enterprise Greece, Mr. Giannis Smyrlis, and the president of SEV, Mr. Dimitris Papalexopoulos.

“It was a most interesting Conference, and, all agree, that it “passed the test” with flying colours. Our goal was to approach the issue of the attractiveness of Greece as an investment destination, in a structured and effective way, since it was not an academic initiative. This was achieved both in plenary and working groups, in which critical areas of public policy were discussed, such as Green Investment, Tax Framework, Talent Attraction, Innovation/Research & Development, Digital Transition and Silver Economy.

“Each working group presented its proposals in the second part of the plenary session and these proposals will be reflected in a conscientious text under the title “Initiative for foreign investment in Greece”, which will be sent in the coming days to the government, the Greek Parliament, political parties, bodies, Media etc.”

The question of what pushes Greeks, who are in high-ranking positions abroad, to engage in an attempt to make Greece an attractive investment destination comes up spontaneously. Is it nostus?

“Why, I wonder, today, “the Greeks are coming back-the GREEKS ARE BACK”? Firstly, this is not a return, but something perhaps much more interesting and meaningful.

“These days, these fifty senior executives of large companies left their jobs and suffocating obligations, to come to Athens, to share their suggestions on how to make Greece an attractive / more attractive investment destination. And they did it in the most meaningful and professional way.

“Perhaps you would also notice the date of this inaugural conference of the GREEKS AREBACK: 21/10/21. We chose it deliberately, since it coincides with the celebration of 200 years of National Independence, wanting us, on our part, to mark this important anniversary accordingly.

“Because, in the end and, of course, keeping historical proportions, Greeks abroad were those who returned to Greece then to support the struggle for independence. Greece today gives another, different struggle, for development and prosperity, under extremely unfavorable conditions, but also with great potential and prospects. In this modern struggle, the Greeks abroad have much to offer and it would be a great waste and ableness not to use their knowledge and experience”.

Of course obstacles are present but, as Mr. Yannopoulos tells us, “the initiative discussed all the issues and several proposals were submitted by the conference participants. I think we all have to recognise that there have been significant reforms in recent years and the situation has improved considerably.

Did an Australian executive participate in this interesting initiative?

The proposals of the initiative “Greeks are back” were reflected in a text entitled initiative for foreign investments in Greece, which was sent to the government, parties, the Greek Parliament, bodies and media, while it is available on the website www.greeksareback.gr.