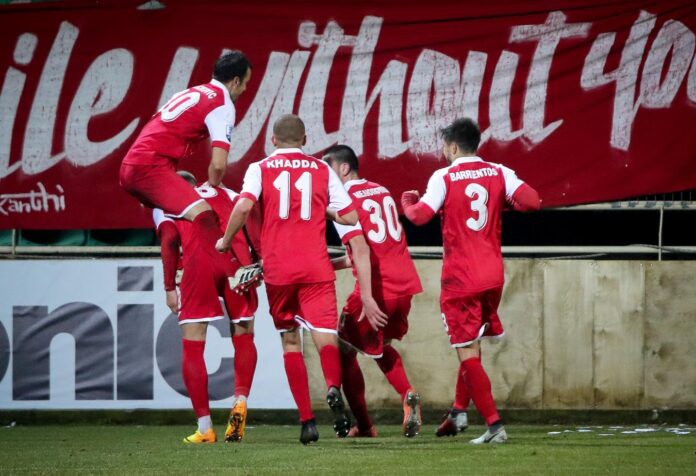 Xanthi’s immediate return to the Greek Super League will be claimed in a double match with Panetolikos, as the Greek side finished second in the Super League 2 championship with a 1-0 victory against Levadeikos.

With their backs to the wall they played their 5th and last match of the Super League 2 play offs.

In the first few minutes the guests looked strong and threatened Xanthi in the 17th minute with a shot from Poleto, but goalkeeper Izzo reacted well.

In the second half, the match took took flight as both sides had strong opportunities. The home side threatened with Siatravanis, but everything changed in the 75th minute when Thanasis Papazoglou made a turn from the right who laid it off to Siatravanis, sending it to Ebert who found a header and scored from inside the six-yard-box.

With 1-0 in their favour, the home side rode out the fight. At the end of game the “gladiators” had 51 and 50 points respectively, but Ionic finished with 53 points and won the title and the direct rise to the Super League.