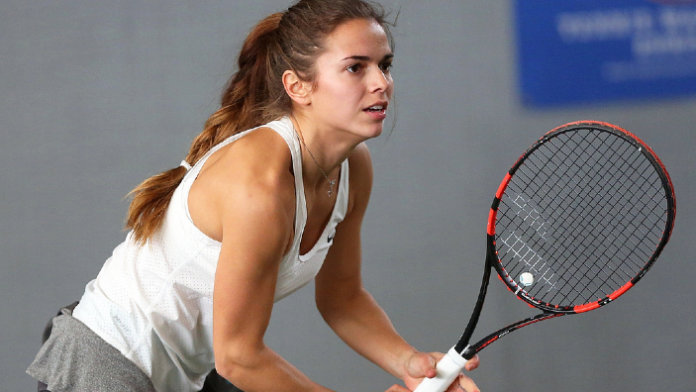 The first round match was Grammatikopoulou’s Grand Slam debut and she definitely didn’t disappoint, fighting hard to claim her win.

Her victory comes just hours after Stefanos Tsitsipas beat Andy Murray in five sets at the US Open.

Grammatikopoulou won her first two ITF titles as a 16-year-old in 2013, made her WTA main draw debut in 2017 after qualifying for Washington, DC and scored her first WTA win at Bogota 2018.