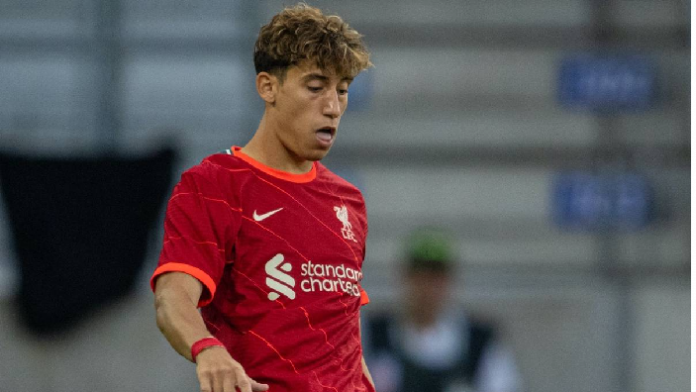 It was a case between Greeks with Kostas Tsimikas, Dimitris Giannoulis and Christos Tzolis all starting for their teams as Norwich were beaten 0-3 by Liverpool at Carrow Road on Tuesday night and were knocked out of the EFL Cup.

German manager Jurgen Klopp wanted to keep the momentum going for the 25-year-old left-back, offering him yet another place in the starting eleven after his recent string of great performances.

And he didn’t take long to make good on his choice as it was a Tsimikas corner kick just after four minutes of play that led to Liverpool’s first goal of the night, with Divock Origi heading the ball towards Takumi Minamino and the Japanese player putting the ball in the back of the net.

On the other end, Giannoulis was a major problem for the red defense all night with his runs down the left flank. During one of them on the 40th minute, he picked up the ball after a shot on goal by former PAOK teammate Tzolis, only to be brought down in the area by Conor Bradley.

The referee immediately pointed towards the spot, with Tzolis stepping up to bring his team back on level terms. But his poor attempt was denied by Caoimhin Kelleher, with Liverpool holding the lead for the end of the first half.

The “reds” were able to double their advantage again thanks to Tsimikas, after his run down the left on the 50th minute was spotted by Curtis Jones. The 25-year-old made a pinpoint cross for the head of Divock Origi, who had little trouble beating Angus Gunn.

Tsimikas’ team secured their spot in the fourth round of the English Cup with a second goal by Minamino which came by a Giannoulis error when the 25-year-old attempted to dribble past two Liverpool players outside the area only to lose the ball.

It was Tsimikas who may have come out on top in this small skirmish, overall however, it was a great night for Greek football.

Maria Sakkari storms into the Australian Open fourth round