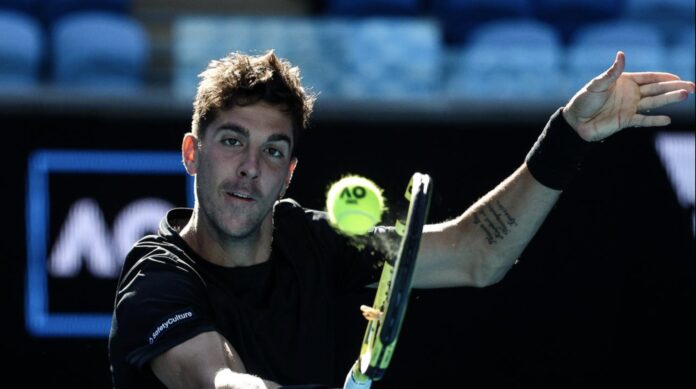 Thanasi Kokkinakis has been defeated in the first round of qualifying for the French Open, leaving just two Australian men in the hunt for a main draw spot.

The loss comes only a few days after he won an ATP Challenger singles title in Italy, his fourth career ATP Challenger title victory and first since October 2018.

Kokkinakis missed the entirety of last year after being hospitalised with a severe case of glandular fever and is building his way back towards the top 100.

He won a Challenger event in February and has performed solidly in recent weeks during the clay season on both the regular and secondary circuits.

Kokkinakis enjoyed his best result in a major in Paris back in 2015, falling to Novak Djokovic in the third Round but he has been hindered with injury and illness since.

But in an encouraging sign, he has been able to string together a full season to date on the tour and said recently that he was in good shape physically and mentally as he looks to rebuild his ranking.

“I have had some good matches under my belt so far,” he said.

“It adds a little bit of pressure for me because I know how important it is to get through and win these matches, so I can go deep in tournaments.

“I have been pretty consistent, which is good, but especially with the rankings as they are now, you want to try for more. It is good that I am getting some matches and hopefully the ranking starts to take care of itself soon.”