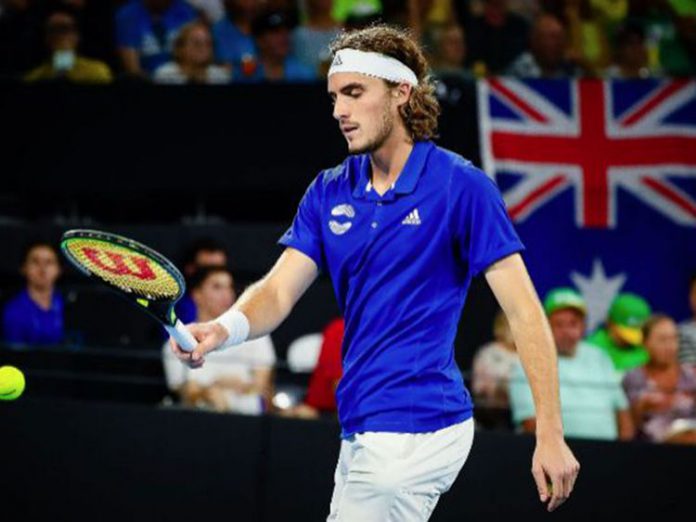 Greek tennis star Stefanos Tsitsipas has spoken up on the Covid-19 crisis which put on hold all tennis events, saying that the planet would benefit if humanity is placed in lockdown every year.

During an Instagram Live with Eurosport, the ‘Next Gen’ Greek international made it clear he feels comfortable during the enforced competitive hiatus, stressing that now he has more time to spend with his family.

“I actually think they should put us in lockdown once a year – it’s good for nature, it’s good for our planet. I actually think it will be environmentally very beneficial. Life is such a hustle, and you never get the time to spend with your family and connect with them. Now it’s an opportunity to do so,” Tsitsipas said.

Speaking of his Russian and Greek heritage, Tsitsipas admitted that much of his “philosophical” thinking and creativity comes from his Greek roots.

“It takes toughness to be a professional tennis at a high level I believe – and I think that comes from my Russian part. Russians are so tough, it’s cultural. The Greek side – probably expressing myself and being so philosophical at times. It’s weird sometimes people don’t get it. The creativity I also owe to my Greek side.”

The Greek shot to international fame at the 2019 Australian Open where he managed to beat Federer on his way to the semifinal. Tsitsipas was close to reaching his first ever Grand Slam final, but was stopped by Rafael Nadal in the final four.

When asked about which match Tsitsipas would play again, Stefanos Tsitsipas reply came as no shock as he revealed he would replay his tragic defeat to Rafael Nadal.

“The match against Rafael Nadal at the Australian Open where I got chopped up. I would pick it because I was a different player then, I am more experienced now and I will carry that experience with me next time. I may not win but I will definitely put up a fight.”