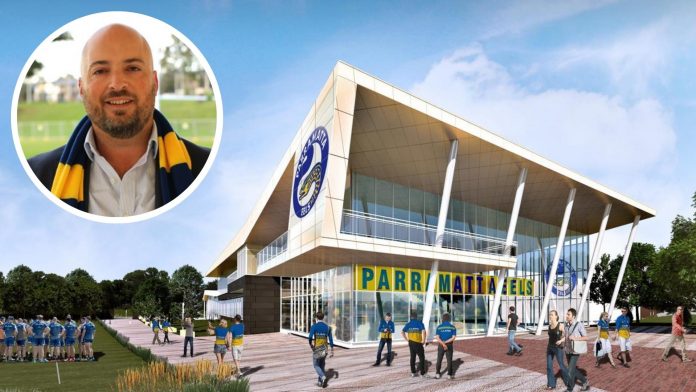 The Parramatta Eels has thanked the NSW Government following the announcement of a significant funding commitment towards the Kellyville Park Centre of Excellence and Community Facility in north-western Sydney.

According to the football Club’s website, the Centre will deliver best in class high performance facilities for the Club and support the development of future male and female rugby league players.

The project was first announced in April 2019 and is a partnership between the Eels, the Hills Shire Council and the Federal Government.

It includes the construction of five new NRL Grade Fields, a temporary modular facility used by the Eels, a Community Centre and Match Facility, which will be the first venue in Australia able to hold dedicated stand-alone NRLW matches, and a 6,000 sqm High-Performance Centre.

Parramatta Eels CEO, Jim Sarantinos, said Kellyville Park “will not only provide a world-class high performance facility for the Parramatta Eels NRL, NRLW and Elite Pathways teams, but will also be a precinct that will enable our Club to connect with the local community…”

“On behalf of the Club I want to thank not only the State and Federal Government who have provided significant funding and support, as well as the Hills Shire Council who have shared our vision of building a world class sporting precinct in North West Sydney that caters for elite and community sport side by side,” Mr Sarantinos added.

For his part, the NSW Premier Dominic Perrottet said “the NSW Government’s investment in Rugby League Centres of Excellence is not only bridging the gap between elite sport and the general community but cements NSW’s position as the home of the NRL.”