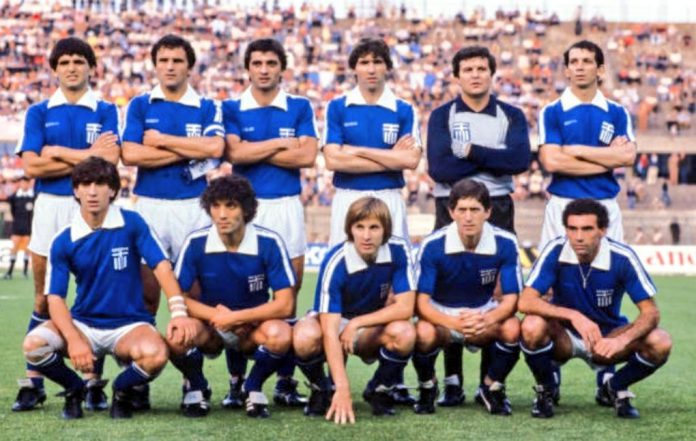 Greek football came out of obscurity in the 1970s and was heard internationally with the success of Panathinaikos and AEK in the European Cups. But on June 11, 1980, it was time for the national team of Greece to make its mark globally.

With this in mind, the national team and its coach Alketas Panagoulias, entered the qualifying round of the 1980 European Nations Cup, as the European Championship was then called. The group they were competing in consisted of opponents from the Soviet Union, Hungary and Finland. At first, the Greek national team suffered huge losses to Finland (3-0), followed by the Soviet Union (2-0).

But eventually, when Panagoulias’ team played Finland again a month later, they defeated the “mighty Finns” with a score of 8-1. This was followed by another victory over Hungary with 4-1.

The word “qualification” returned to the lips of football fans and the Greek national team went on to compete in the final round of the European Nations Cup, which took place from June 11 to June 22, 1980, in Italy. Greece was included in Group A, with rivals West Germany, Czechoslovakia and the Netherlands. The other group consisted of Italy, Belgium, England and Spain.

The national team played its first game on June 11, 1980, against the Netherlands. It was a very close game with Thomas Mavros, Georgios Kostikos and Vasilis Konstantinou playing well on the day. However, ultimately, the Greek national team lost 1-0 on a penalty in the 64th minute.

In its second match against Czechoslovakia on June 14, the team also lost 3-1. The third and final game in the tournament against Greater West Germany was thus, purely procedural for the team. They drew 0-0. Eventually, West Germany won the trophy for Group A, defeating Belgium 2-1 in the final on June 22.

The Greek national team returned to Athens with its head held high, having made its presence felt at the event. Interestingly, Greece would not appear at a Euro final tournament again until they won the competition in 2004.