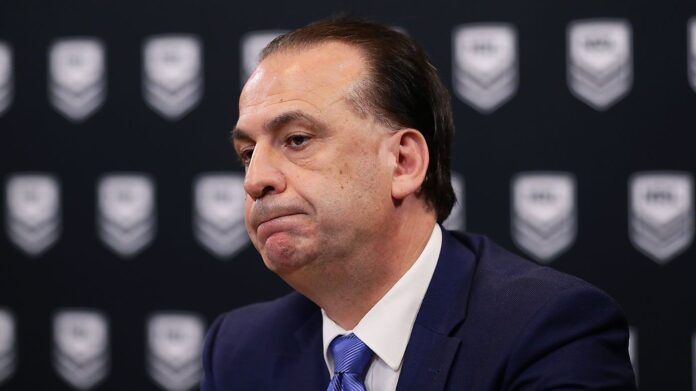 A turf war has erupted after NRL boss Peter V’landys ridiculed the AFL’s alleged ploy to win over Queensland rugby league fans by bringing the grand final to the Gabba in Brisbane.

The COVID-19 pandemic has forced the AFL to play its showcase event outside of Victoria for the first time in its 123-year history and Brisbane will host the premiership decider on October 24.

But ARL Commission boss V’landys fired a stinging response at this decision, declaring the NRL will always reign supreme in Queensland.

“Our supporters are solid, they’re not straw. They can blow all they like but they won’t blow the brick wall down. Our rugby league supporters are strong, to say the least,” V’landys told The Daily Telegraph.

“Queensland is part and parcel of rugby league. We’ve got the left arm in New South Wales and the right arm in Queensland. It’s a vital part of our game.”

The Queensland Government has played a major role in rescuing this year’s AFL premiership, with 15 of the league’s 18 teams currently in “hubs” from Cairns to the Gold Coast.

The AFL’s decision to overlook bids from Western Australia and South Australia has reinforced the game’s desire to spread its wings in Queensland.

But V’landys scoffed at suggestions the NRL could lose a turf war to the AFL.

“The AFL can steal whatever databases they want,” he said.

“It’s a flash in the pan. The AFL will never have another grand final in Queensland ever again.

“Who cares? Queensland is rugby league heartland. As if some Cowboys fan in Cairns is going to start following the Brisbane Lions? I don’t think so.

“The AFL can sell meat but the vegetarians won’t eat it.”