Nick Kyrgios to return to the ATP Tour 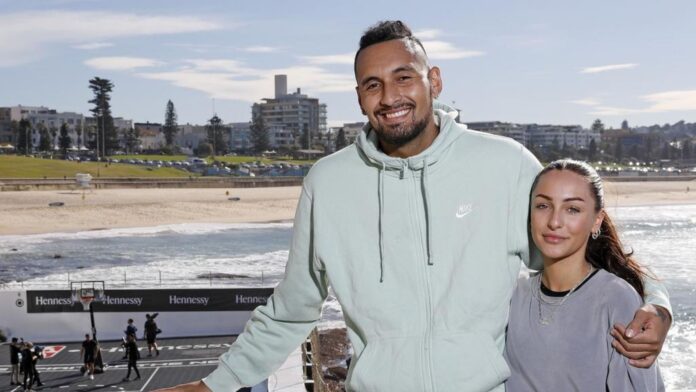 Shooting some hoops with NBA star Andrew Bogut, Kyrgios told the Daily Telegraph he aspires to be possess the “athlete belief”.

“I have got that athlete belief, whenever I go into something, I believe I am the best even though I am not,” Kyrgios told The Daily Telegraph.

“It was awesome to finally meet Bogut. We’ve spoken online and he is an amazing guy who has accomplished so much in his career so it was awesome to see him and pick his brains a bit.”

“If I passed (away) tomorrow, I would take that any day of the week, being remembered as the Denis Rodman of the sport,” Kyrgios told The Daily Telegraph.

Speaking of misso’s, Kyrgios has gotten back together with his girlfriend Chiara Passari, who have publicly displayed the highs and lows of their relationship on social media.

The 26-year-old also recently announced that he will return to the ATP in Mallorca next month.

“I am super excited to get back on there,” he said. “I am travelling with my best friend and girlfriend.

“I think now is my time to play. I’ve had time to rest, regroup and see my family so now it is time to do what I do best.”