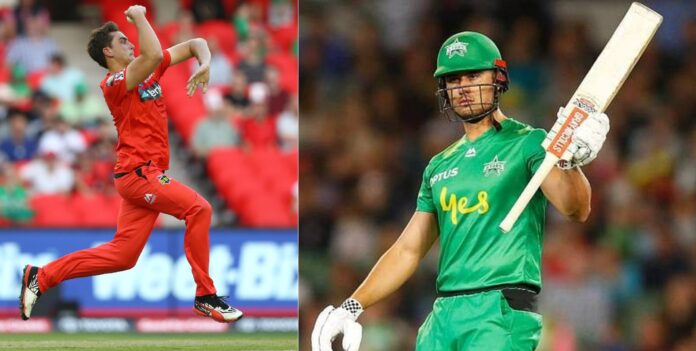 Peter Hatzoglou enjoyed an incredible debut season in the BBL, making a name for himself and even earning the respect of cricket legend Shane Warne. Hatzoglou played 13 matches and claimed 17 wickets in 12 innings, with two of those being in his first match for the Renegades.

Speaking to The Greek Herald last week, Hatzoglou said his positive start to the season “evoked a sense of relief.”

“You’re anticipating it for a week or so, and you’re training throughout the week and even prior to that, you’ve always got the ambition of playing at the next level,” Hatzoglou said.

“So I think to have to have done it and to have to started off well it was a really… I suppose it evoked a sense of relief for me.”

Peter currently holds a replacement contract with the Melbourne Renegades, and says he’ll be chasing a full-time contract once the season is completed. Asked if he would stay in his home-town of Melbourne, Peter said he wouldn’t be shy to branching out to other cities.

“Definitely no limitations on staying in Victoria,” Hatzoglou added.

“My ambition is to get on a full time contract with one of the clubs and put better performances together and consistent performances, and well that puts me in line for a contract next season.”

Compared with Hatzoglou, Melbourne Stars player Marcus Stoinis is in the later stage of his career, yet showed no signs of slowing down after a solid performance this season.

Despite ending on a poor note, being knocked out for 12 by the Sydney Sixers, Stoinis claimed in 396 runs in the BBL 10. The Greek Australian hit a strike rate of 142, averaging 33 runs a match.

Last season Stoinis claimed the record for the most sixes in a single BBL season, a record that was broken this year by English star Alex Hales.