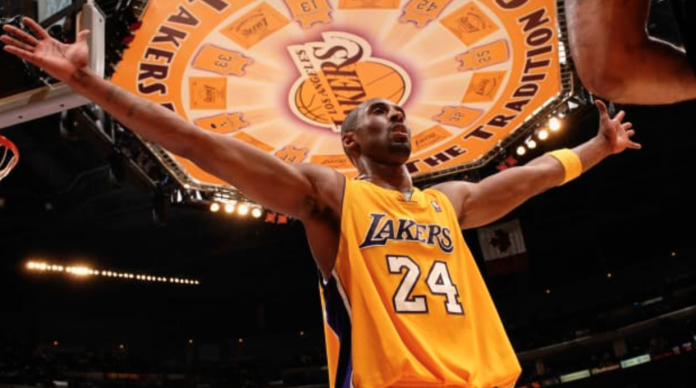 The world has been left shocked today, as it was announced that basketball legend Kobe Bryant died in a helicopter crash on January 26th, 2020. He was 41-years-old.

His 13-year-old daughter Gianna was also on board. There were no survivors in the helicopter crash and it is suspected there were 9 people on board.

The NBA family, from retired legends to emerging stars, have felt the impact of the loss.

Basketball legend Michael Jordan spoke out about the loss of his “brother”.

Michael Jordan has spoken on Kobe’s death, saying … “I am in shock over the tragic news of Kobe’s and Gianna’s passing. Words can’t describe the pain I’m feeling. I loved Kobe — he was like a little brother to me. We used to talk often, and I will miss those conversations very much.”

He adds, “He was a fierce competitor, one of the greats of the game and a creative force. Kobe was also an amazing dad who loved his family deeply — and took great pride in his daughter’s love for the game of basketball. Yvette joins me in sending my deepest condolences to Vanessa, the Lakers organization and basketball fans around the world.”

Shaquille O’Neal posted a tribute to Kobe … saying, “There’s no words to express the pain I’m going through now with this tragic and sad moment of loosing my friend, my brother, my partner in winning championships, my dude and my homie.”

He continued, “I love you brother and you will be missed. My condolences goes out to the Bryant family and the families of the other passengers on board. IM SICK RIGHT NOW!”

“Kobe was so much more than an athlete, he was a family man. That was what we had most in common. I would hug his children like they were my own and he would embrace my kids like they were his. His baby girl Gigi was born on the same day as my youngest daughter Me’Arah,” he wrote.

American former professional basketball player, Bill Russel who played centre for the Boston Celtics of the National Basketball Association from 1956 to 1969, shared the impact of the loss on Twitter.

“Jeannine & I are absolutely shocked to hear of the loss of one of my favorite people & one of the best basketball minds in the history of the game! Our hearts & prayers to Vanessa & his girls. @kobebryant you were my biggest fan, but I was yours #RIPMAMBA”

“The NBA family is devastated by the tragic passing of Kobe Bryant and his daughter, Gianna.

“For 20 seasons, Kobe showed us what is possible when remarkable talent blends with an absolute devotion to winning.  He was one of the most extraordinary players in the history of our game with accomplishments that are legendary:  five NBA championships, an NBA MVP award, 18 NBA All-Star selections, and two Olympic gold medals.  But he will be remembered most for inspiring people around the world to pick up a basketball and compete to the very best of their ability.  He was generous with the wisdom he acquired and saw it as his mission to share it with future generations of players, taking special delight in passing down his love of the game to Gianna.

“We send our heartfelt condolences to his wife, Vanessa, and their family, the Lakers organization and the entire sports world.”

“Most people will remember Kobe as the magnificent athlete who inspired a whole generation of basketball players. But I will always remember him as a man who was much more than an athlete.”

“As I try to write this post, my mind is racing. I’m in disbelief and have been crying all morning over this devastating news that Kobe and his young daughter, Gigi have passed away in a helicopter crash. Cookie and I are heartbroken.”

Younger emerging basketball stars like Coby White have been equally shaken by the loss of a basketball great.

Younger players like Zach LaVine have taken the loss heavily, with Kobe being a source of inspiration to them.

“You were one of the biggest influences on me and so many others. From your hard work, to your swag, your mindset made you BIGGER than basketball. Unbelievable loss. My condolences to you and your beautiful family.#mambamentality #MambaForever”

The young Philadelphia player also took Kobe’s death to heart, due to the personal inspiration he sourced from the basketball legend.

“Man I don’t even know where to start😭😭 I started playing ball because of KOBE after watching the 2010 finals. I had never watched ball before that and that finals was the turning point of my life. I WANTED TO BE LIKE KOBE. I’m so FREAKING SAD right now!!!!

Shortly after the news was announced, the Houston Rockets and Denver Nuggets were taking the floor for pregame shootaround.

Austin Rivers and Tyson Chandler were seen with tears in their eyes, and forward P.J. Tucker paid tribute to Bryant on his sneakers, with “RIP KB” written on his shoes.

As of Sunday afternoon, the NBA hadn’t announced any plans to postpone games. The Lakers aren’t scheduled to play again until Tuesday.

The Spurs and Raptors got underway later, and those two teams found a unique way to honour Bryant’s memory.

As the game started, both squads dribbled out the shot clock and voluntarily took back-to-back 24-second violations as a nod to Kobe’s No. 24 jersey, which he wore with the Lakers from 2007 to the end of his career in 2016.

Both Barack Obama and President Donald Trump have tweeted about the loss of Kobe Bryant.

Barack Obama says, “Kobe was a legend on the court and just getting started in what would have been just as meaningful a second act.”

“To lose Gianna is even more heartbreaking to us as parents. Michelle and I send love and prayers to Vanessa and the entire Bryant family on an unthinkable day.”

President Trump tweeted about Kobe’s death … saying, “Reports are that basketball great Kobe Bryant and three others have been killed in a helicopter crash in California. That is terrible news!”

He also posted a lengthier message on Instagram later:

“Kobe Bryant, despite being one of the truly great basketball players of all time, was just getting started in life. He loved his family so much, and had such strong passion for the future. The loss of his beautiful daughter, Gianna, makes this moment even more devastating. Melania and I send our warmest condolences to Vanessa and the wonderful Bryant family. May God be with you all!”

Outside the world of NBA, the impact of Kobe Bryant was felt all the way in the football world and beyond.

Football legend Neymar dedicated his second goal to the late Kobe Bryant after news of his tragic passing was confirmed on Sunday.

Neymar honoured Kobe Bryant after a goal for Paris Saint-Germain, by making a gesture of “2” and “4” with his fingers, referencing Bryant’s iconic “24” jersey.

The Brazilian had found out about Bryant’s death at half-time and after finding the net for a second time, gestured the number 24 (Bryant’s iconic LA Lakers number) before praying and pointing to the sky.

At full-time Neymar told reporters: ‘I looked at the messages at half-time. This is a time of immense sadness for the world of sport. Not just basketball fans. I knew him. This celebration was for him. I hope he rests in peace.’