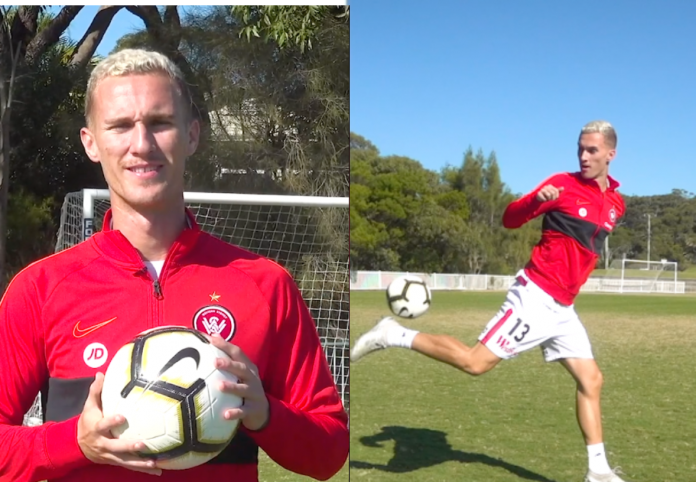 Western Sydney Wanderers defender Tass Mourdoukoutas has shown off a familiar trick which he has labelled the ‘Fan-Tass-Tico’ in a video posted on the Football Club’s Tik Tok account.

The trick is almost an exact replication of the ‘rainbow flick’, used most prominently by professional players such as Jay-Jay Okocha or Neymar.

Western Sydney Wanderers, along with other A-League clubs, have moved to the video sharing site Tik Tok to provide their supporters with entertaining content while under social restrictions.

Mourdoukoutas is of Greek descent, growing up in Sylvania Waters. He started playing for at the Football NSW Institute before moving to Sydney Olympic’s youth team in 2016.

In 2017, Mourdoukoutas joined the Wanderers Academy playing in both the club’s NPL 2 first grade side and Championship-winning Foxtel Y-League team.

The Greek Australian player was promoted to a two-year senior contract on 6 June 2018, signing a three-year contract extension in February this year.