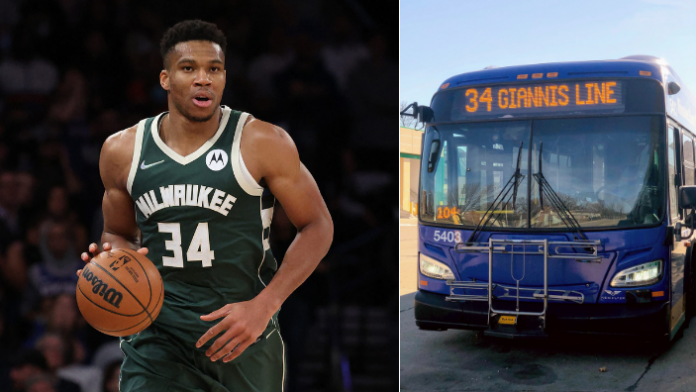 The US state of Wisconsin has honoured two-time MVP Giannis Antetokounmpo with his own eponymous bus route.

Route 34, named ‘Giannis Line’ to coincide with Antetokounmpo’s jersey number, went into service on Sunday, a day before his 27th birthday.

The Milwaukee County Transit System said the honour is “in recognition of the historic contributions Giannis has already given to the people of Milwaukee.”

“(MCTS) has been a part of the fabric of the Milwaukee community for decades and now so will the Bucks’ superstar who, along with his teammates, brought our city its first NBA championship in 50 years,” they said.

“Giannis has been an upstanding figure in the Milwaukee community ever since he arrived back in 2013, including his participation in the social justice movement of 2020,” they said.