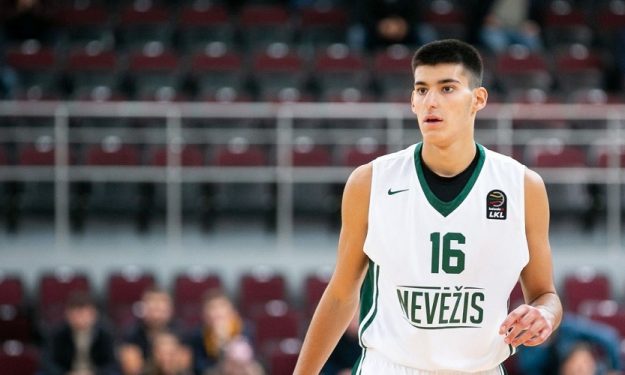 Also selecting Sandro Mamukelashvili of Seton Hall, the Bucks made these moves a week after their parade that celebrated their first NBA title since 1971.

Milwaukee started the night with the 31st overall pick, the first selection of the second round. The Bucks selected 6-foot-10 forward Isaiah Todd but traded his draft rights to the Indiana Pacers. Todd, who played for the NBA G League Ignite this past season, later got traded to Washington.

The Bucks got two of the last seven picks in this year’s draft – No. 54 and No. 60 – as well as two future second-round picks. Mamukelashvili went 54th. Kalaitzakis was taken with the 60th and final pick in the draft.

He’ll join the new NBA title winner Giannis Antetokounmpo, along with his brothers Thanasis and Kosta.

Giannis recently tweeted that he would be bringing the NBA trophy back with him to Greece during the season break.

He said: ”We’re coming, and we’re bringing the cup with us!”