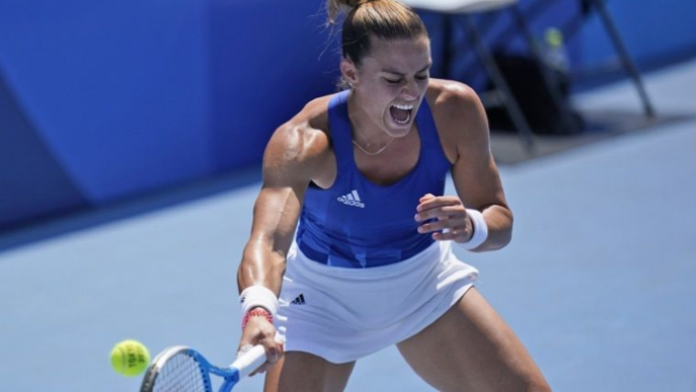 Greek tennis player, Maria Sakkari, is through to the next round of the Tokyo Olympics after crushing her Serbian opponent, Nina Stojanovic, in straight sets 6-1, 6-2.

Sakkari started quite aggressively, easily winning the first game, but Stojanovic immediately made it 1-1.

The Greek continued energetically and took a 2-1 lead in the games.

The Serb tried to make her serve difficult but the “Sak-attack” made it 3-1 with Stojanovic accepting the pressure from the Greek, which ended with a 4-1 winner.

Sakkari will face Elina Svitolina or Ajla Tomljanovic in the third round.