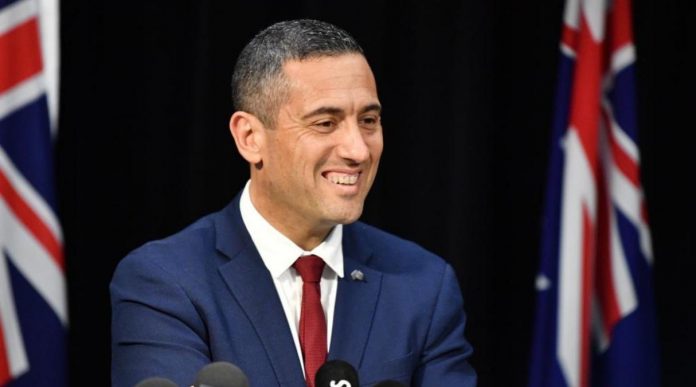 The creation of a permanent memorial at the Greek Orthodox Community and Parish of St. George Thebarton and the boost of the Foundation for Hellenic Studies Greek language and culture program are two priorities of the Malinauskas Labor Government, according to Infrastructure and Transport Minister, Tom Koutsantonis.

The announcement comes less than two months after Labor’s Peter Malinauskas won the South Australian election and committed to increase the multicultural budget by $16 million over four years.

“We will give $100,000 to build a permanent memorial at St. George in Thebarton to honour the Bicentennial of the Greek War of Independence and the ‘Ohi Day’ anniversary which is celebrated on October 28,” Mr Koutsantonis told The Greek Herald.

“This memorial will pay tribute to the Australians who fought alongside Greek people during World War Two and celebrate the two countries’ common history.”

The construction of the Memorial is due to be completed in time for this year’s ‘Ohi Day’ commemorations and will be unveiled by the Premier.

“We will also support the Hellenic Studies Foundation’s Greek Language and Culture Program with a grant of half a million dollars a year for the next four years, to ensure our youth have access to their mother tongue and keep the connection to their heritage,” said Koutsantonis.

“Language-learning is very important to our government. The Australian ethnicity isn’t just British. Australians are Greek, they are Italian, they are Vietnamese, they are Ukrainians. So, we want to make sure that we honour all those cultures.”

On this, Mr Koutsantonis added that the state government “has ensured that the low interest government loans offered to independent schools providing Greek language services and were taken off by the previous government, will be reinstated immediately.”

Reacting to the news, Foundation For Hellenic Studies Chair, Greg Crafter thanked Mr Koutsantonis and the state Government and said that “today’s announcement is the culmination of many years of work by the Foundation in trying to cement the teaching of the Modern Greek Language and culture in our various level of education”.

“We are humbled by the faith shown in the Foundation by the SA Labor Government and in particular by Premier Peter Malinauskas and Minister Tom Koutsantonis. The Foundation has always believed that our Hellenic culture and traditions have survived through the ages, through the retention of language,” Mr Crafter said.

St George Parish priest of 52 years, Father Diogenis Patsouris OAM, also thanked the Premier, the SA Labor Government and Minister Koutsantonis for “his ongoing support” to the Community and Parish.

“Every team needs a lion and in Labor we have a loyal Labor lion in the Honourable Tom Koutsantonis,” Malinauskas said to wild applause during his victory speech in March.

It looks like Koutsantonis is as committed to ensuring the long-term future of the state as he is to keeping his Greek heritage alive and to inspiring young people of multicultural backgrounds.

Koutsantonis: “I enjoy making a difference”

Asked what he enjoys in politics Koutsantonis says he enjoys making a difference despite the challenges.

“Our former premier said to me: to minister means to serve. I want to be with the community. That’s what I want to do. I enjoy it. I get satisfaction from it. People need to be able to have access to power,” the longest serving MP in the SA Parliament.

Speaking about the challenges brought by the pandemic, Koutsantonis referred to the cost-of-living crisis, the health crisis in the state and suggested that education is the solution to improve the economy and the wellbeing of the community.

“The biggest challenge we face other than health is education. Our kids today are going backwards compared to their parents when they’re getting an education in Australia.

“We have to work over the next four years to fix that, and we’re going to do it,” he said.

Mr Koutsantonis said the Government’s plan is to grow the economy by building new, renewable energies to achieve lower power prices and to create jobs.

“People need to have a good lifestyle when they come to South Australia. We have great food; we have great wine; we enjoy the arts.

“Our former premier, Don Dunstan, used to call Adelaide the Athens of the South meaning that Adelaide was a cultural center. That’s what we want to see again.”