Maria Sakkari: There’s a lot of negative people in sport but I won’t let them bring me down 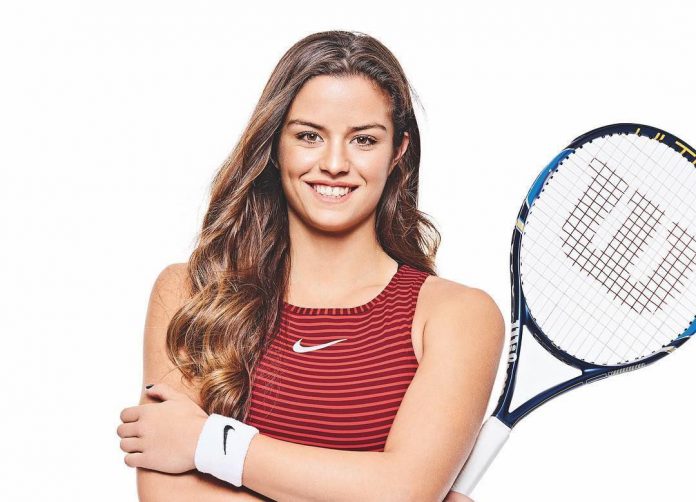 The article was released on Saturday, January 18th, as she prepares for the Australian Open. Sakkari will play in Melbourne today at 2.15pm against Russian Margarita Gasparyan.

The confessional starts off quite frank, as Maria writes “People can be cruel. It’s something you learn pretty quickly as a professional athlete. Growing up in Greece as the daughter of a tennis player, I became used to hearing hurtful comments. ‘Her mum was good but she’ll never be as good as her.’ ‘She’ll never achieve anything, she’s not talented.’ ‘She goes abroad so much because she’s afraid of playing in Greece.’”

“In modern sport – and society as a whole – you don’t have to look too far to find negativity. Even if you win a Grand Slam, certain people will point out something bad. It can be pretty demoralising if you get sucked in. The best thing to do, I find, is just completely ignore them. There are loads of positive and nice people out there, who will give you support in real life and on social media. It’s much better to focus on them rather than those who are trying to drag you down,” she continues.

Off this note, Maria acknowledges that every person in tennis, and in life, is on their own path and journey. She credits Roger Federer for speaking up for lower-ranked players.

“Some people think it’s bad being No. 80 in the world. But how many lawyers are in the best 80 or the top-100? Or doctors? It’s still an amazing achievement. Of course, I have my own goals. I want to be world No. 1 and you need to have big ambitions to do that. Whether I make it, I don’t know but I’m a hard worker so why not? I’m on my own path, we’ll see where it takes me,” writes Maria.

Another thing Maria writes about in her open article is befriending her competitors, and how appreciative she is for the women she is able to call both friends and competition.

“The women’s locker room isn’t as bad as some people make out and I don’t want to end my career and be like, “Oh my God, I’m completely alone. I’ve been doing this thing for like 10, 15 years and have no one.” As I always say, I want my best friends on tour at my wedding. I want Donna Vekic there, I want Ajla Tomljanovic to come. What’s the point of hating everyone? I don’t get it. It’s not like we’re playing against them every single day! At the US Open last year, Donna was killing me in practice and I was able to be really honest with her like, “Ah, Donna I’m playing first round, I’m going to get killed” and she was supporting me, even though she was killing me in practice. That’s how it should be. It can be a pretty lonely existence otherwise.”