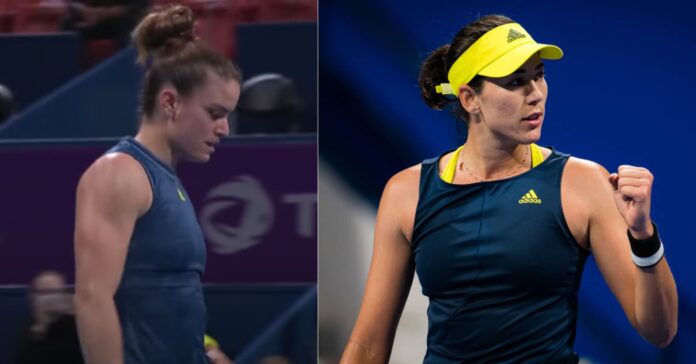 The Greek tennis player quickly ousted Madison Keys 6-2 6-2 only one day prior. Tipped to advance to the Open finals, her upset today came as a shock to Greek tennis fans.

In the beginning of the first set, it looked like it could be stretched to a three set game. Both players played fiercely with the Greek even showing hopes for a break point. It was sadly Sakkari, however, who gave away the first break point and was unable to recover.

Muguruza was on fire this morning, boasting a first serve percentage of 77. Sakkari was unable to disrupt the rhythm of her Spanish opponent, who left no opening for the Greek.

Muguruza will face eighth-seeded Victoria Azarenka of Belarus in the semi-final.