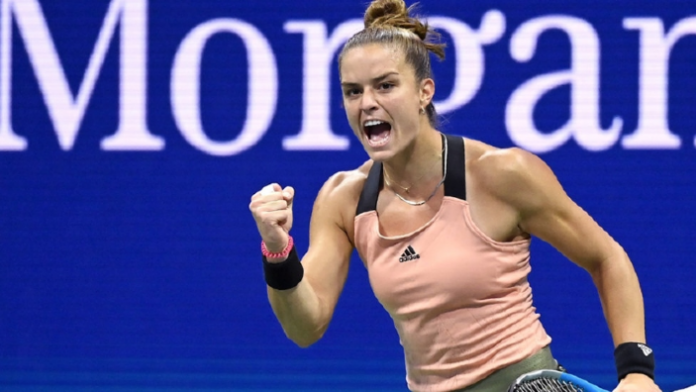 Maria Sakkari defeated Bianca Andreescu in an epic 3.5 hour duel today to become the first Greek tennis player to qualify for the quarterfinals of the US Open.

The marathon match ended at nearly 2:15 am (ET). The previous women’s record was a 1:48 am finish for a first-round match in 2016 in which Madison Keys beat Alison Riske; three men’s matches have wrapped up at 2:26 am.

“I told my team I was prepared for a 7-6 in the third. With Bianca, it would never be a 6-4, 6-1. Because she fights for every point, I knew it was going to be a tough match,” Sakkari said after the match.

It will be her second Grand Slam quarterfinal and comes just 3 months after her first, which was at Roland Garros, where she reached the semifinals.