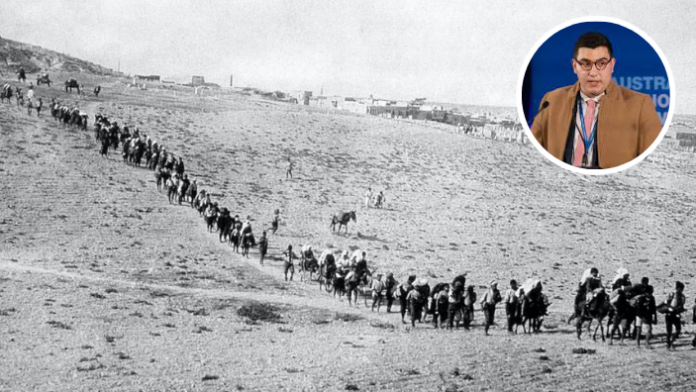 The Young Liberal Movement of Australia has unanimously adopted a motion at its National Convention recognising the 1915 Armenian, Assyrian and Greek genocides, as well as acknowledging the rights to self-determination of the indigenous Armenian people of the Republic of Artsakh.

The Young Liberal Movement is the youth wing of the Liberal Party of Australia, which is currently the party in Government federally, led by Prime Minister Scott Morrison.

Mr Andreatidis’ motion not only recognised the 1915 crimes committed by the Ottoman Empire, but also called on the “Federal Government to recognise and condemn the Armenian, Assyrian and Greek genocides.”

The Executive Director of ANC-AU, Haig Kayserian, welcomed the support of the Australian Young Liberal Movement and thanked them for adopting the motion.

“This motion saw future leaders of our nation call out their current leaders by taking a unanimous stand in solidarity with the Armenian-Australian, Assyrian-Australian and Greek-Australian communities by addressing past and current injustices that remain unpunished,” Mr Kayserian said.

Prominent members of the Australian Liberal Party were also present at the Federal Convention and witnessed the unprecedented motion, including Tasmanian Premier Peter Gutwein and Senators Eric Abetz, Claire Chandler and Jonathon Duniam.