Maria Sakkari and Stefanos Tsitsipas dominate the court in Rome 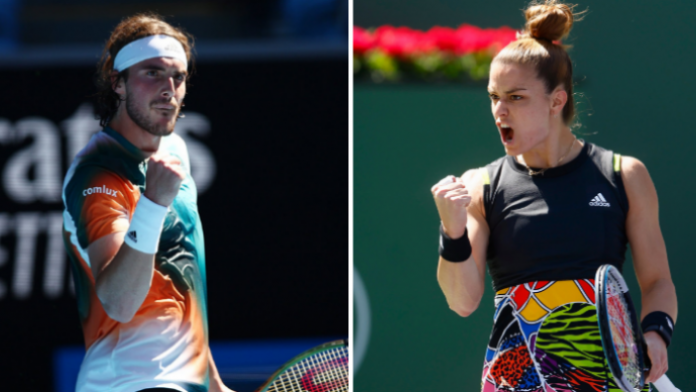 Greek tennis champions, Maria Sakkari and Stefanos Tsitsipas are moving through the rounds at Internazionali BNL d’Italia in Rome.

Sakkari kicked off her Rome campaign with a 6-3, 6-2 win over Madrid semifinalist Ekaterina Alexandrova and is now up to rematch No.15 Coco Gauff in the upcoming 16th Round of the competition.

Gauff’s sole win over Sakkari came in Rome last year, when the teenager stunned the Greek star 6-1, 1-6, 6-2 in the second round.

“I admire her because she’s a great athlete,” Sakkari said.

“She’s a wonderful girl, which for me is more important than anything else.

Stefanos Tsitsipas completed his third of recent wins agains Bulgarian player, Grigor Dimitrov at the Italian competition. his recent victory by way of a 6-3, 5-7, 7-6(4) result, was by far the toughest of the trio.

“Grigor played really well, gave me a hard time on the court.

Tsitsipas served for what would have been his third consecutive straight-sets win in the rivalry but was broken at love as Dimitrov won four straight games and 16 of the set’s last 17 points to force a decider.