Macarthur FC’s Apostolos Giannou: ‘It will be a great stepping stone for my career’ 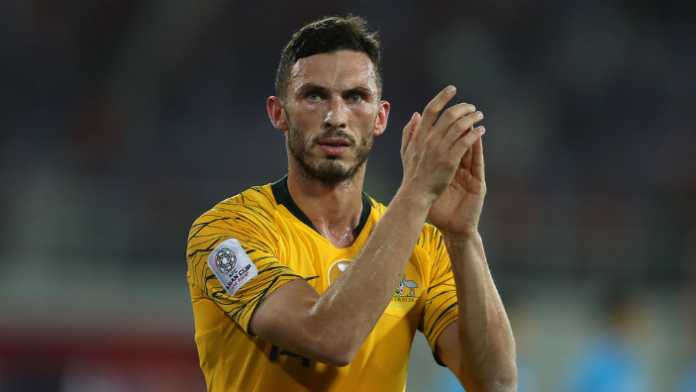 Macarthur FC have confirmed the signing of former Australian international, Apostolos Giannou, for the remainder of their 2021-22 A-League campaign.

This is the first time the dual Greek-Australia citizen, who has 12 caps for the Socceroos, will be playing in the A-League.

Though born in Naousa, a small region of northern Greece, Giannou moved to Australia as a child and grew up in Melbourne.

He has since represented both Greece and Australia at youth levels and as a senior player, with 13 international appearances in total. He most recently represented Greek side OFI Crete FC, having departed the Super League 1 side earlier this year.

After the announcement of his signing, Giannou said he’s excited to see what’s ahead for him at Macarthur FC.

“Although it is mid-season, I believe I can add my part to the club and continue the club’s success for the remainder of the season,” he said.

“It’s an exciting opportunity and challenge which I’m looking forward to and I believe it will be a great stepping stone for my career.”

Macarthur FC head coach, Ante Milicic, echoed these statements and said he’s thrilled to have secured “such a valued player.”

“Even though he will be joining us mid-season, I believe he will have a smooth transition into the club and onto the pitch,” Milicic said.

In the weeks leading up to the 2021/22 A-League competition, Macarthur FC has signed a handful of players to increase the depth and strength of its squad.

That work has paid off, as the club currently sits in second place on the ladder after six games, with four wins, one loss, and one draw.