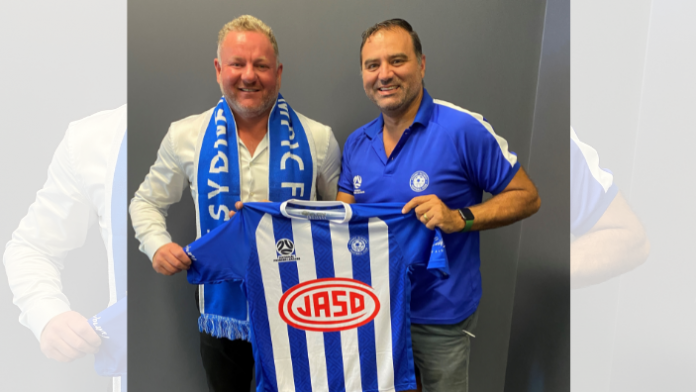 Sydney Olympic FC have announced today that CEO John Boulous has made the decision to move on from the Club after nearly six years and take up a position at AFL NSW/ACT.

In a statement, President of Sydney Olympic, Damon Hanlin, said Mr Boulous will be missed.

“Since joining Olympic in 2016, John has worked tirelessly across the entire Club, supporting our football program to be the best in can be and ensure our players, families and supporters were always engaged and looked after,” Mr Hanlin said.

“John has been a wonderful support to me and we have shared many happy moments together supporting Olympic on and off the field. John will be missed but will remain a friend to many at our Club.”

In response, Mr Boulous said he was very thankful for the support he had received in the role.

“Since joining Olympic I have been made to feel welcome and have enjoyed every moment,” Mr Boulous said.

“The Mens 1st Grade premiership and championship double and Womens promotion to NPL1 in 2018 and the sense of community and support at our recent FFA Cup Round of 32 against Sydney FC at Belmore Sports Ground top the list of many great times in my time at the Club.

“I would like to thank Damon for his ongoing and generous support of the Club and I. The Club is in very safe hands with Damon and Directors at the helm.

“I would like to thank the players, coaches, volunteers, sponsors, supporters and families for their support. Olympic is a proud club, with a strong foundation and a very exciting future. I wish the Club nothing but the best and will always be a supporter.”

Mr Boulous will finish up after the Mens and Womens 1st Grade Double Header against Mt Druitt Town Rangers and Emerging Jets respectively at Belmore Sports Ground on Saturday, May 7.

His temporary replacement and contract arrangements will be advised shortly.