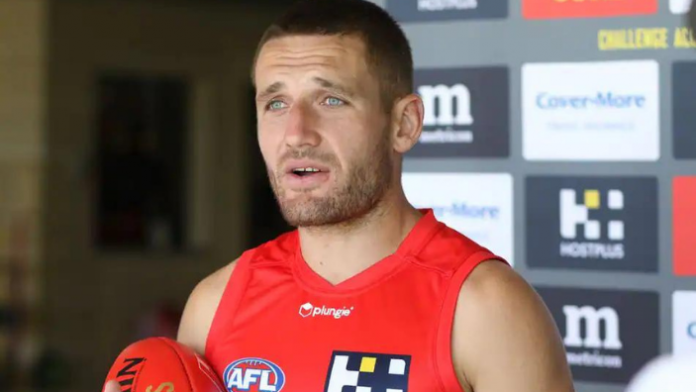 James Tsitas was so determined to win the final spot on the Gold Coast Sun’s AFL list that he almost missed his flight back to Victoria for his own wedding.

Tsitas has shared how he lost track of time during a training session in January and would’ve missed his plane if he wasn’t pulled off the field by the Suns’ Head of Personal Excellence, Brad Reid.

“I hadn’t seen my wife – well, at the time I wasn’t married – but I was flying to go get married and I hadn’t seen her in a month, so if I missed the flight and wedding, I don’t think she would have been happy,” Tsitas told reporter, Michael Whiting.

“We got married and I got straight back on the flight Sunday to train on Monday.”

The 26-year-old said his wife was “very accommodating” of his plans and after receiving the news he had made the final spot on the Suns’ team, they celebrated with a 36-hour honeymoon to the Sunshine Coast.

“She knew it was short-term sacrifice. It was a massive opportunity. I might not have got this opportunity every again,” Tsitas said.

Tsitas edged Nathan Freeman out for the rookie spot via the Supplemental Selection Period (SSP) rules.