Haihoutes: The Kos village that turned from abandoned to tourist attraction 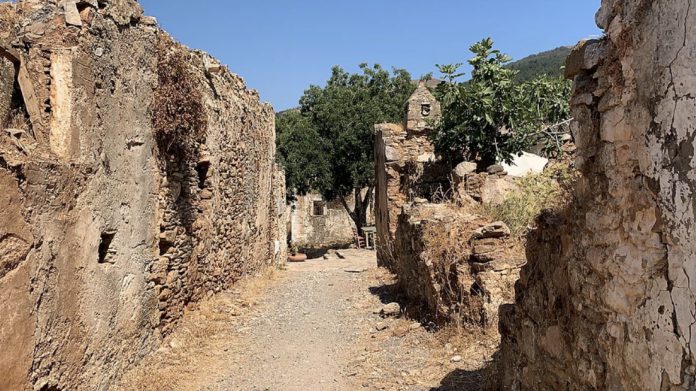 Haihoutes, also known as Agios Dimitros, is a ghost village located on the island of Kos, Greece. The village was one of the smallest in Kos since the 1850’s until it’s complete abandonment in the 1970’s.

In the early to mid 1900’s, Haihoutes contained only 35 to 40 houses, and only about 5 or 6 different extended families among them. During this time, a school was also founded and took place in the Church of Agios Dimitrios, which still remains intact and situated on the mountain. There were about 40 to 50 students within the school and was the first established school on the island of Kos.

The town was used as a safe point by Kos residents during WWII when fighting against the Turkish soldiers, as its high location in the mountains meant that enemy soldiers were channelled up by one steep incline path.

By the 1970’s, most people had left the town due to a severe lack of infrastructure and moved to other towns in Kos. Following its abandonment and repeated earthquakes, the town’s infrastructure completely collapsed, with houses crumbling to one or two standing walls.

In 2012, when the village was completely deserted, a couple from Athens brought life to the town by opening up a taverna called “Haihoutes”, named after the town. During the day it operates as a coffee shop for people to sit and admire the deserted village and view overlooking Kos. Additionally, on selected nights, the café holds live events with bouzouki music and Greek dancing, transforming the “ghost town” into a village full of life.

Along with the café, the couple opened up a small private museum in a restored house, showing off some of the history of the town, exhibiting items such as utensils and tools used in the early 1900’s.

With the future of the mostly abandoned town left undetermined, the free standing church and café remain active for tourists to visit and experience the recovered history from a forgotten town.