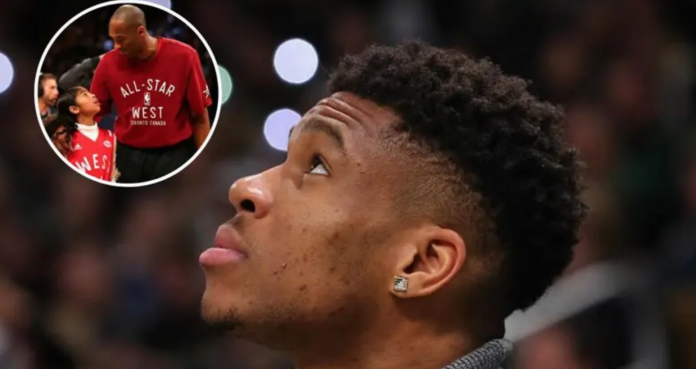 Giannis Antetokounmpo had deleted his Instagram and Twitter accounts hours after Kobe Bryant’s death was announced on Sunday following a helicopter crash.

When the news about Kobe Bryant and his daughter Gianna’s death in helicopter crash surfaced, the whole of NBA, as well as basketball fans worldwide, were left shell shocked. A whole week has passed since the tragic news but tributes have not stopped pouring in for the Lakers legend. The latest player to pay his tribute to the ‘Black Mamba’ is Milwaukee Bucks star Giannis Antetokounmpo.

Giannis Antetokounmpo, who had a personal workout in 2018 with the Lakers legend, took to Instagram and posted two photos. One of them was of Bryant solo on the court and one of an All-Star game, where he was pictured with his daughter, Gianna “GiGi” Bryant.

Following Sunday’s accident, the Bucks All-Star had an emotional interview with reporters, where he recalled his first meeting. He said the first NBA game he watched was a Kobe Bryant one against the Celtics. He also said that he grew up with Kobe and he’s one of the reasons he started playing basketball and also the reasons he is here today.

Kobe Bryant died in a helicopter crash on January 26. Kobe’s 13-year-old daughter Gianna and seven others were also present in the helicopter at the time of the crash. It was reported that the helicopter descended at 2,000 feet per second before crashing hard into the rugged hillside in Calabasas, west of Los Angeles. According to reports, Kobe was travelling to a girls’ basketball tournament at his Mamba Academy in Thousand Oaks.