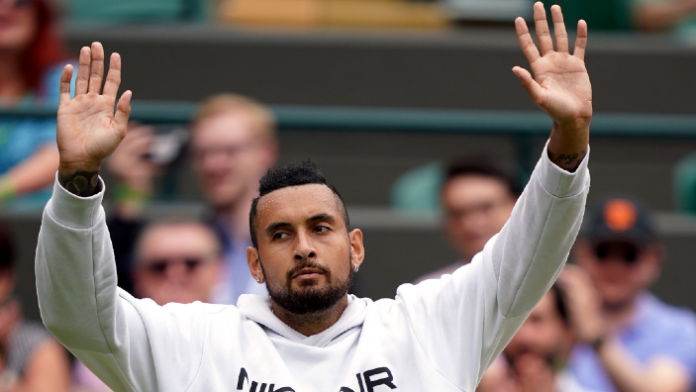 Nick Kyrgios has given the biggest clue yet that he is considering giving away tennis for good, local Australian media have reported.

The 26-year-old has openly said he doesn’t intend to continue playing long into his thirties and while he’s shown immense talent, his body has struggled to withstand the rigours of a full tour with a hip injury forcing him to retire hurt at Wimbledon last month.

He returned to the ATP tour last week but was beaten by Brit Cameron Norrie in the second round in Atlanta and enters a star-studded Washington field featuring Rafael Nadal, Grigor Dimitrov and Alex de Minaur.

But ahead of his opening match at the Citi Open in Washington DC, Kyrgios was in a reflective mood and according to news.com.au, he confessed that he doesn’t know if each tournament he plays will be his last there.

“Like every time I’m at a tournament, I feel like it could be my last time I’m ever going to be here. In Atlanta I felt the same way,” Kyrgios said according to news.com.au.

“I don’t know. I don’t know where I’m at. I feel weird. I feel strange about my career at the moment.”

Later, Kyrgios also confessed he doesn’t miss the world of tennis when he is away from the sport, in the strongest hint yet that early retirement could soon be on the horizon.

“No, it’s good. It’s good to be back obviously, especially at these tournaments where I’m extremely comfortable and there’s a lot of crowd. I think they’re definitely hoping I do well.”

The Canberran is the defending champion in Washington and will take on American Mackenzie McDonald on Tuesday in a tough first round clash.