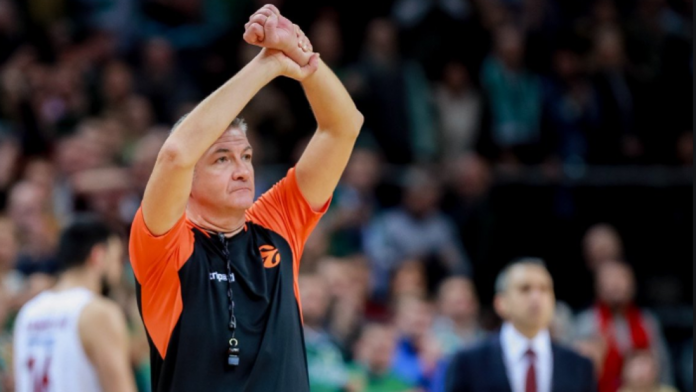 EuroLeague Basketball’s Chief Operating Officer Eduard J Scott has raised the possibility of moving games away from Greece after an attack on referees prior to Friday’s game between Panathinaikos and Barcelona at the OAKA.

Referees Luigi Lamonica, Damir Javor and Emin Mogulkoc were attacked by two unknown individuals in a taxi along with the driver as they were heading to their hotel in Athens.

A window of the taxi was smashed, but three officials and the driver were not hurt in the incident. Police are still investigating the perpetrators of the attack.

“Idiots are everywhere. I am fine,” Lamonica clarified via Gazzetta dello Sport upon returning to Italy, “I’ve been injured in the chin and hand, but no problem, I’m ready to officiate the next game”.

“We have no idea who the attackers were,” he added, “There was no license plate on their motorcycle and they were wearing masks.”

After suggesting the possible move away from Greece-based matches, Scott has stated that the comments were not directed towards the people but instead the minority who choose to ruin the sport.

“To avoid any misunderstandings, the EuroLeague Basketball statement today is not directed against Greek fans, Greek clubs, Greek public authorities nor against Greece in general,” Scott said.

“It is about not allowing that a small minority performing criminal acts prevent the thousands and millions of Greek fans from enjoying games in a safe, secure and respectful manner.”

Euroleague believe that this attack should not push fans away from matches, assuring that the safety of friends, families, children is the number one priority for the EuroLeague.

“Everyone involved in sport must try their best in making sure such behaviour is punished and eradicated from sports altogether. Everyone must get together to achieve this once and for all.”