Billy Magoulias released from Warrington Wolves for return to Australia 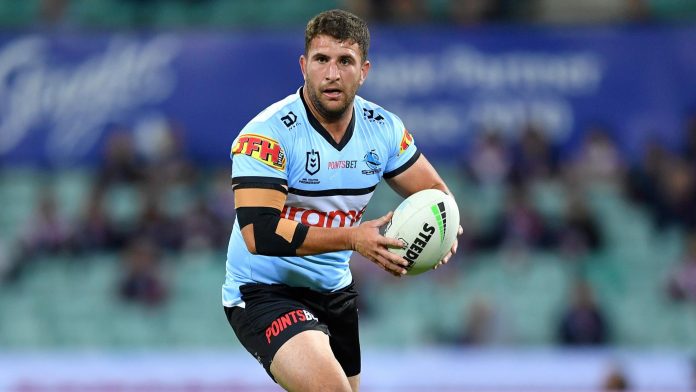 Former Sharkie, Billy Magoulias has been released from the remainder of his contract with Warrington Wolves in England on “compassionate grounds”.

The 25-year-old Greek forward made 12 appearances with the English club in 2022 and it was confirmed on Tuesday that he would be exiting the Super League to return home to Australia.

The Club can confirm that Billy Magoulias has been released from the remainder of his contract with immediate effect to return home to Australia on compassionate grounds.

We thank Billy for his efforts and wish him all the best for the future. pic.twitter.com/lTJ1Ki9KfI

Magoulias made his NRL debut with the Cronulla Sharks in 2019, making 17 appearances for the club until his contract ended in 2021.

He has played a part in Greece’s qualification campaign for the 2022 Rugby League World Cup and, according to reports by zerotackle.com, is expected to represent the nation when the tournament heads to England in October and November this year.

November will undoubtedly be a busy month for Magoulias who, alongside partner Joanna Kambosos, is expecting the birth of their first child.

Share
Facebook
Email
Twitter
Pinterest
Linkedin
WhatsApp
Viber
Print
Previous article‘I’ve never smashed a plate in my life’: Jessica Mauboy on her upcoming wedding
Next article‘I did it straight away’: Why Bessie Dounis wanted her parents’ name on the National Monument to Migration